British scientists have been unable to identify the source country of the poison used against Sergei Skripal. Authorities had been quick to blame Russia for the attack and were confident tests would confirm this. 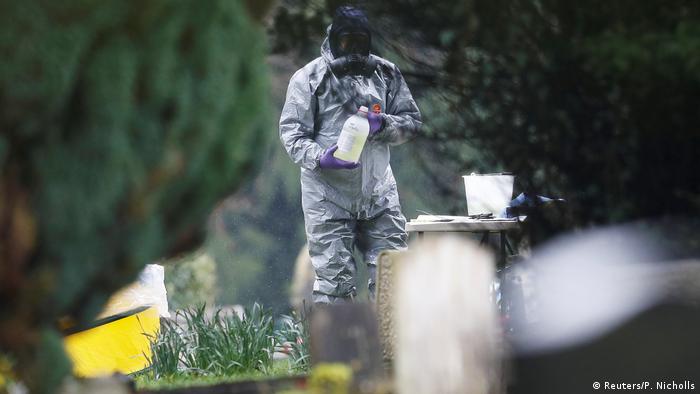 Britain's Porton Down defense laboratory announced on Tuesday it was unable to verify the precise source of the nerve agent used against Russian ex-spy Sergei Skripal and his daughter.

British Foreign Minister Boris Johnson told DW in March that Porton Down had "categorical" evidence that Russia was the source of the agent.

Gary Aitkenhead, the chief executive of the Defence Science and Technology Laboratory at the facility, told Sky News:

Boris Johnson's claims: Johnson told DW in an exclusive interview in March that Russia was definitely behind the March 4 Salisbury attack. "They were absolutely categorical and I asked the guy myself, I said, 'Are you sure?' And he said there's no doubt. We have very little alternative but to take the action that we have taken."

Emergency meeting: The Organization for the Prohibition of Chemical Weapons said it will hold an emergency meeting in The Hague on Wednesday at the behest of Russia.

Russian President Vladimir Putin said in Ankara that, given the inability to trace the source of the agent, "the speed at which the anti-Russian campaign has been launched causes bewilderment." He said the nerve agent could be made in some 20 nations.

Yury Filatov, Russia's ambassador to Ireland, said that if the UK was unable to provide evidence of Russia's involvement then "there are ample grounds to assume that [they] are dealing with a grand scale provocation organized in London aimed to discredit Russia."

Russian retribution: Scores of Russian diplomats and spies were expelled from a series of British allies following the attack on the basis that Russia was behind the attack.