The ECJ has reaffirmed the UK's current responsibility under Dublin rules. That means British authorities must take back asylum-seekers that entered the EU via the UK, despite its intention to withdraw. 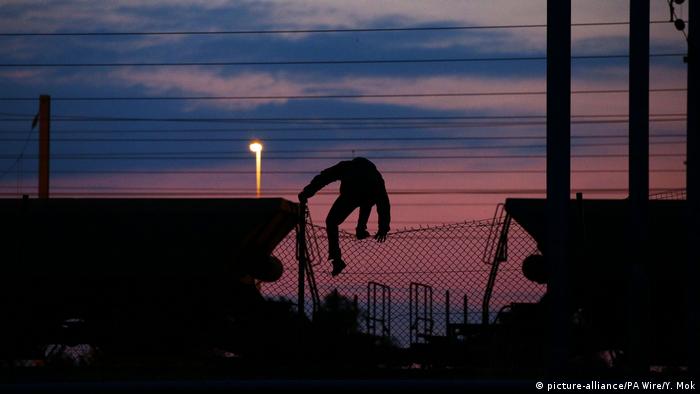 The European Court of Justice (ECJ) on Wednesday ruled that British authorities must accept asylum seekers who entered the EU via the UK for the period in which it is a member, even though it has announced its intention to leave the bloc.

The ruling is an affirmation of asylum procedures in Europe under the so-called Dublin rules, which gives EU member states the right to deport asylum seekers to their point of entry in the bloc.

What the ruling says:

A couple traveled to Ireland with their child after their UK visa expired and applied for asylum there. However, under Dublin rules, Ireland sought to return them to the first country through which they entered the EU, namely the UK.

With Brexit looming, Irish authorities went to the ECJ to determine how the UK's departure would affect asylum procedures, especially as they concern Dublin rules.

What does this mean for the UK?

The ruling reaffirms the UK's responsibility for the period in which it is an EU member state.

Despite launching withdrawal proceedings, British authorities continue to be responsible for taking back asylum seekers who first entered the EU through the UK and later went on to apply for protection in another member states.

The UK is set to deport an unspecified number of migrants of various nationalities to Rwanda, in a controversial deal that was given the green light by British courts. Rwandans are watching events unfold with skepticism.