In a bid to revive her fortunes and reassert her authority, Theresa May has reshuffled her cabinet. Will it have its desired effect or is it a last-ditch effort by an embattled prime minister? 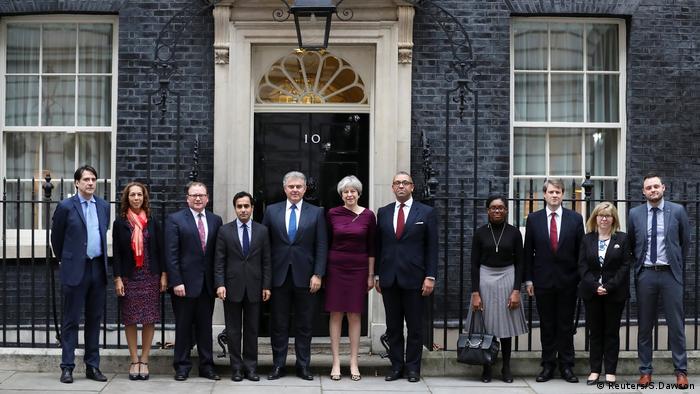 When times are good, cabinet reshuffles are often used as a tool to reward good work or diversify the make-up of a leader's key advisory group.

However, for Theresa May, these are dark times. Ostensibly, she maintains that a reshuffle was made necessary by the spate of resignations late last year of three ministers following separate scandals, including close ally and deputy Prime Minister Damian Green, who was forced to quit over misleading statements he made regarding pornography found on his office computer.

But there's more to this than meets the eye. Haunted and hounded by Brexit and clinging on to power, the prime minister has decided to roll the dice on one of the few options left in her tool box.

So who are the key ins and outs?

Her most senior ministers, Foreign Secretary Boris Johnson, Finance Minister Philipp Hammond, Brexit Secretary David Davis and Home Secretary Amber Rudd are all safe — no surprise there really, as May can't afford to upset the pro- and anti-EU balance of her cabinet.

Out: Patrick McLoughlin, the man in charge of party administration and overseeing the Conservative Campaign Headquarters. Based on the Tories' disastrous showing in last year's snap election and the security breach at October's party conference where a protester interrupted May's speech, his tenure was not exactly deemed a success.

In: Well, for all of 27 seconds it was Chris Grayling, the UK's transport minister. Then a tweet congratulating him on his appointment was removed by party headquarters. Really, you couldn't make this up.

Until we hear otherwise, it's Brandon Lewis, previously immigration minister. That position won't be necessary post-Brexit, so Lewis can focus on overhauling party operations, attracting young voters and improving the Tories' popularity ratings.

In: The position previously held by the ill-fated Damian Green goes to David Lidington who moves from the justice ministry. Essentially, he's the government's go-to person across the various departments to make sure policies are coordinated and implemented smoothly.

David Gauke will replace Lidington as justice minister. Gauke was previously the work and pensions minister. That ministerial portfolio will now be taken up by Esther McVey.

A bit of a surprise this one: Incumbent Jeremy Hunt was expected to be given his marching orders or at least moved to another position, replacing Greg Clark as business secretary. It seems Clark has dug his heels in, so to make up for that Hunt is now Health AND Social Care Secretary. Whether the additional portfolio will help in tackling the dysfunctional National Health Service (NHS) is anyone's guess. Only last week poor old Jeremy had to apologize after tens of thousands of operations had to be canceled because NHS resources are badly strained.

The most eagerly awaited and intriguing appointment was expected to be that of a "Minister for no deal." Which shows both how much faith May has in Brexit Minister David Davis and that despite protestations to the contrary, the government is seriously entertaining a scenario in which the UK leaves the EU with no deal in place.

In: Karen Bradley was appointed minister for Northern Ireland, replacing James Brokenshire who resigned due to ill health. Bradley was previously the head of the department of digital, culture, media and sport, which will now be headed by Matthew Hancock .