A ban has come into force prohibiting commercials that reinforce gender prejudices. A prominent German feminist told DW that Germany is dragging its heels on the problem. 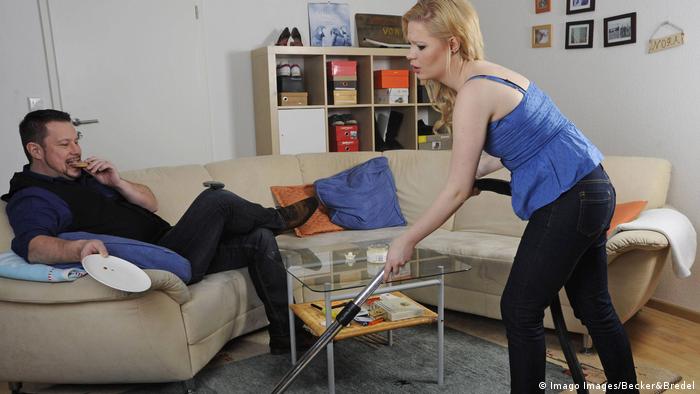 Commercials portraying "harmful gender stereotypes" will be banned from Friday in the UK.

The nation's advertising watchdog introduced the ban because it found evidence suggesting that adverse stereotypes could "restrict the choices, aspirations and opportunities of children, young people and adults and these stereotypes can be reinforced by some advertising, which plays a part in unequal gender outcomes."

Advertising Standards Authority (ASA) chief executive Guy Parker told the BBC: "Our evidence shows how harmful gender stereotypes in ads can contribute to inequality in society, with costs for all of us. Put simply, we found that some portrayals in ads can, over time, play a part in limiting people's potential."

Examples of commercials that will be affected include an advert showing a man with his feet up while a woman cleans, as well as another with a woman struggling to park a car.

However, not everyone agrees with the ban. Newspaper columnist Angela Epstein thinks that society has become "over-sensitive."

Epstein continued: "But when you chuck in the fact that women are doing the dishes [in advertisements], it's not in the same sphere. When we lump it all together and become desensitized, we devalue those important arguments we need to have."

Dr. Stevie Schmiedel from Pinkstinks, an organization against sexism and homophobia, told DW that Germany is lagging behind and says the German Advertising Standards Council (Deutsche Werberat) is not proactive enough.

When asked if similar advertising would be forbidden in Germany, she responded: "The Deutscher Werberat would never suggest such a thing. The Werberat are mainly reactive, whereas in the UK, ASA commission research. The ASA is taken very seriously."

Having conducted a similar investigation, Schmiedel said: "Advertising is there to influence you. If you see the same stereotypes over and over again, you will compare it to yourself and see whether you match the stereotype."

In a new document aimed at Catholic schools, the Church has rejected the idea that people should be free to choose their gender. The LGBT community has said the document would encourage more hatred and bigotry. (11.06.2019)