Ugandan President Yoweri Museveni says he will intervene to soften a anti-gay legislation that proposes homosexuals should be imprisoned or put to death. This comes after much international criticism over the bill. 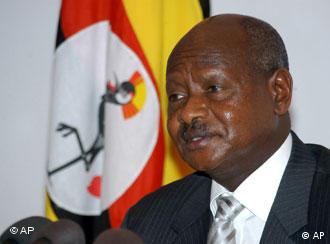 In its current form, the bill proposes life imprisonment and even the death penalty for gays and lesbians in Uganda.

Museveni's top aide said on Thursday that the president was planning to intervene to address the concerns of Uganda's Western partners who have expressed strong opposition to the bill.

"We should not have an extreme position. The president will harmonize the two sides and address the concerns of the Europeans and our other development partners." said Museveni's spokesman.

The bill, which is yet to be debated in Uganda's parliament, would have gay men and lesbians sentenced to life in prison for having sex. In cases of sex with minors or sexual acts leading to HIV infection, the penalty would be death. The bill also proposes that anyone who fails to report a homosexual act committed by others would face up to three years in jail.

International reaction to the bill has been widespread condemnation, with some Western states threatening to withdraw aid to Uganda if the government passes the bill into law. There has also been outcry from the country's small gay and lesbian community. 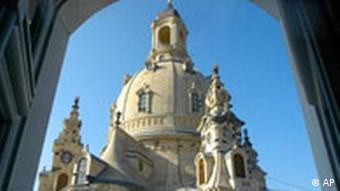 The World Council of Churches (WCC) has also criticized the bill, saying it would run against basic Christian teaching by promoting hatred.

"From the experience of many nations, it is very clear that if such a bill is enacted into law, it will leave a lot of room for manipulation, abuse, blackmail and oppression of people" said WCC chief Samuel Kobia.

A top Anglican cleric of Ugandan decent in the UK, Archbishop of York John Sentamu, said he was "totally opposed to the death sentence" and found the language being used to describe homosexuals "upsetting".

Uganda denies bowing to the West

Uganda's ethics and integrity minister Nsaba Buturo said the revised law would most likely make life in prison the maximum penalty for offenders. "There have been a lot of discussions in government regarding the proposed law, but we now think a life sentence could be better because it gives room for offenders to be rehabilitated," he said. "Killing them might not be helpful," he added. 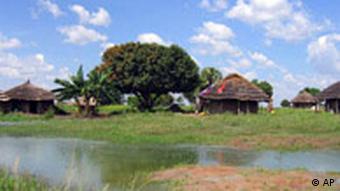 The East-African state has benefitted from Western aid and investment

However, Buturo denied the change in government attitude was forced by Western pressure. "It's really out of our consultation with various groups, including religious leaders. It has nothing to do with external forces," he said.

Buturo also added that Uganda had not changed its view that homosexuality is a "moral perversion that must not be allowed to spread".

Uganda has long benefitted from Western aid and investment due to its stable economy and widespread economic reforms.

Lithuania's Parliament has approved a censorship bill that sharply curbs the spreading of public information that lawmakers say could harm the mental, physical, intellectual and moral development of youngsters. (14.07.2009)