A Ugandan parliamentarian wants the death sentence for homosexuals in certain circumstances. The international community has threatened Uganda with sanctions if its parliament accepts the proposed bill. 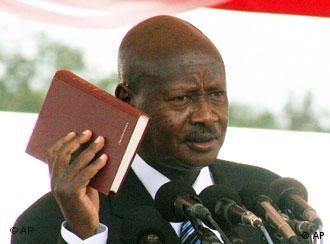 MP David Bahati from the ruling National Resistance Movement (NRM) thinks homosexuality should be dealt with as a capital offence. In the bill he introduced in October 2009 he suggested the death sentence for gay sex with minors, with disabled people and if the accused is HIV positive.

Deutsche Welle correspondent Alex Gitta in Kampala explained that Bahati is an influential politician within President Yoweri Museveni's NRM, but also "a strong Christian attached to a group of Christians in the United States of America." The Family, as the organisation is called, is known for its good political connections in Washington and elsewhere.

In an interview with Deutsche Welle the German parliamentarian from the Green Party, human rights activist and gay rights defender Volker Beck described his Ugandan colleague as "a victim of American evangelicals. They are fundamentalists, who have brought their war against gay marriage from the United States to Africa and lobby there for stricter laws against homosexuals. They preach that you can and have to heal homosexuality, because it's a sin in the eyes of God."

But Bahati is not exactly a lone voice in his country. Journalist Alex Gitta distinguished three reasons why public opinion in Uganda has broad understanding for the anti-gay bill:

"First of all the bill proposes that death penalty be handed to whoever practices homosexuality with a child below 18. Now even for heterosexuals, that is defilement and punishable with the death penalty. Secondly parliament is handling another proposed bill that a person who deliberately transmits HIV, should be hanged. The same proposal is part of the anti-homosexuality bill. And the third reason is that many Ugandans still do not accept homosexuality as a way of life. They believe that homosexuality is not natural and no one is born as a homosexual."

These views are not likely to change rapidly, as the government in Kampala has forbidden the press to offer homosexuals a platform for expressing their views. 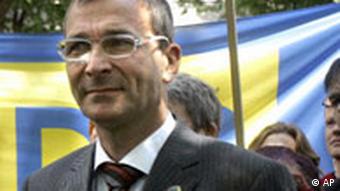 That's why German gay rights activist Beck says international pressure is so important. "Uganda has signed conventions on civil and political rights," he said. "These conventions determine that the death sentence can only be allowed in severe criminal cases, which means the victim lost his life. Secondly a prohibition of homosexuality between consenting adults is a violation of the human rights convention. Uganda as other African states, except for Sudan, has accepted this convention. So they have to respect it in their legislation."

"It's clear that if a country, which receives financial support, has a severe decline in human rights, then it must expect a reaction from its donors. Half of the Ugandan budget comes from the European Union. We can decide to give that support only if Uganda sticks to the human rights convention it has signed."

Alex Gitta says European pressure is having an effect. "The ambassador of the European Union in Uganda Vincent De Visscher said that Ugandans like many other people in the world should be given the liberty to choose their sexual orientation, just as they are free to choose their political destination. President Yoweri Museveni said he also had received calls from US Secretary of State Hillary Clinton, British Prime Minister Gordon Brown and many other leaders in the world all expressing their displeasure about the law. He said this was now a foreign policy issue."

Beck says that Uganda is not an exception, but that "most African countries see homosexuality as a problem, especially those that were British colonies." An old British law banning homosexuality is still in place in many former colonies in Africa.

"In Africa there is a certain hostility toward homosexuals because the people are not so well-informed about the issue and the homosexuals themselves are too weak to create strong human rights organisations there. That's where we must come in to fund and support human rights defenders in those countries," he added.

Gay rights could become a top political issue in Germany after Guido Westerwelle, leader of the Free Democrats, acknowledged his homosexuality for the first time and urged greater equality for same sex couples. (24.07.2004)

As the International Criminal Court celebrates its first ten years, doubts are being expressed in eastern and central Africa about its ability to bring to book all the individuals indicted. (17.07.2008)