Uganda's main opposition leader has asked a tribunal in The Hague to investigate his country's president for human rights abuses. At an online press conference, police accosted Bobi Wine and dragged him from his car. 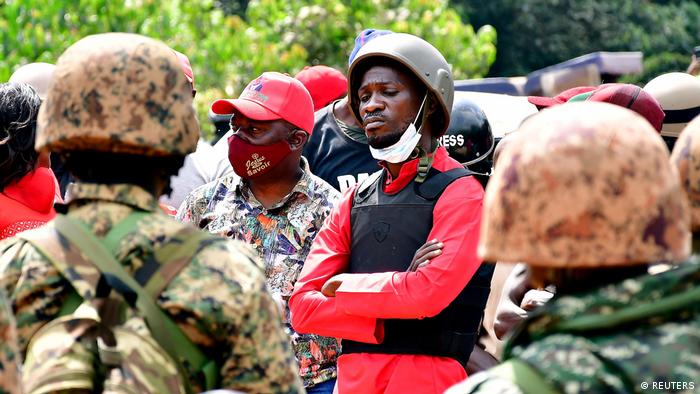 In comments during an online press conference from his car, Wine said his lawyer had submitted a filing to the court.

He has requested that the ICC investigate longtime President Yoweri Museveni, Security Minister Elly Tumwine and eight senior security officials. His filing cites incidents dating back to 2018, alleging that the police and military have deployed "widespread use of shoot to kill, beatings and other violence."

The ICC said it would look at the material, but a request does not automatically lead to an investigation.

"As we do with all such communications, we will analyze the materials submitted, as appropriate, in accordance with the Rome Statute and with full independence and impartiality," the office of the ICC prosecutor said.

Dragged from his car

During the broadcast, police confronted Wine and said they wanted him to move his car.

He was dragged from the car as he pleaded that he had not broken the law.

"I am not even allowed to park on the side of the road," he said. "Please don't embarrass our country."

Wine said police had fired tear gas and bullets as they swarmed his car. After being removed from the vehicle, he was allowed to finish the briefing and drive on.

"I expect a live bullet targeted at me any time. The biggest safety we get is from having cameras around us. If I was not on camera maybe something worse would have happened," he said, wearing a helmet and flak jacket.

Wine spent Thursday campaigning for next week's presidential elections, as 23 members of his team were arrested and dozens more were arraigned before the court.

The 38-year-old former pop star has been arrested multiple times while campaigning for allegedly contravening public order and COVID-19 restrictions.

His rallies are often dispersed with tear gas, rubber bullets, beatings and detentions.

"(The opposition) have tried everything under the sun, they have failed. Now they are resorting to the ICC. We are a law-abiding country, we are a peace-loving country," he said. 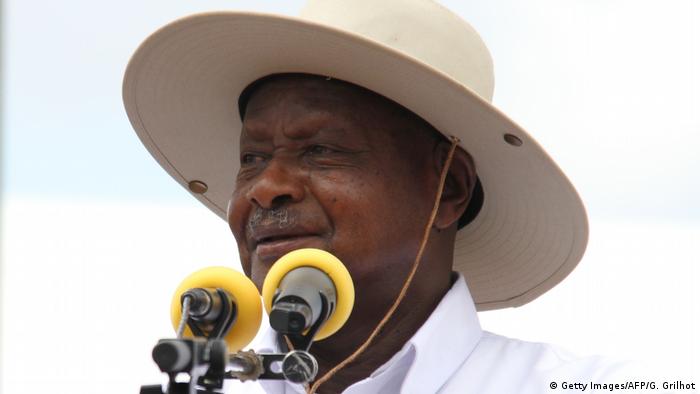 Yoweri Museveni has been Uganda's president since 1982

International criminal justice expert Thijs Bouwknegt believes it "isn't very likely" that the ICC will proceed with the case filed by Bobi Wine.

"What we see here is perhaps the implication of the International Criminal Court for what is more political reasons than legal reasons," said Bouwknegt, a researcher at the NIOD Institute for War in the Netherlands.

"The ICC is a court of last resort in cases of genocide, crimes against humanity and war crimes. It usually considers the situation in the country and the gravity of the crime," he told DW.

“Yes, the complaint can be filed. Mr Wine is free to do so, he is free to send in evidence. But I don’t think its very likely that the prosecutor will actually act on the material and the present allegations made against the president". 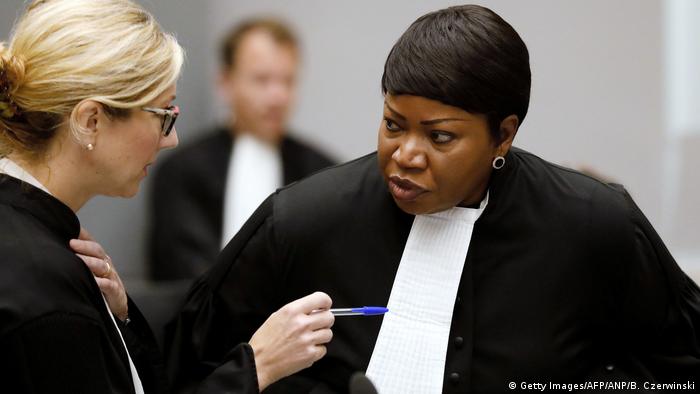 The ICC chief prosecutor is Fatou Bensouda of The Gambia. According to Bouwknegt, Bensouda has the right to decide to take up Bobi Wine's case.

In 2003, President Museveni asked the ICC to investigate abuses within Uganda related to the rebel Lords Resistance Army. That “Uganda situation” at the ICC is still open.

"That means that the prosecutor still has the jurisdiction and the power to start first the preliminary examination, which is basically just looking at the files that Mr. Wine and his lawyer sent her. And if she deems the case harsh enough, or grave enough, and the evidence is convincing enough she can start a formal investigation,” Bouwknegt said.

More trouble with the law in Uganda?

The wait for a next step by the ICC, a court that is slow to respond and operate, will be a long one in Wine’s case, Bouwknegt believes.

For example, it was only in December 2020 that the ICC dismissed a complaint over the 2016 killing of some 150 people by security forces in the Kasese region in western Uganda. The court found that the case did not meet the criteria for crimes against humanity.

The ICC is due to render its first judgment on Uganda next month, in the case of Dominic Ongwen, a former Lord's Resistance Army military commander. 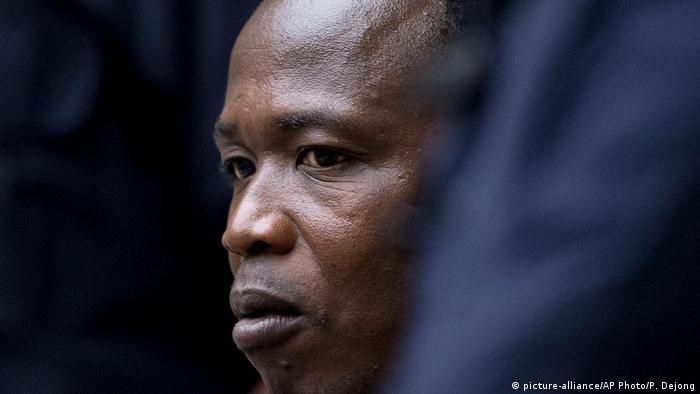 It is hard to say whether the case Wine has taken to the ICC will land him in further trouble in trouble at home.

The ICC is generally kept informed about developments in Uganda by other parties such as civil society organizations within the country and by other governments, too.

Experts say the ICC has the power to intervene if a plaintiff is targeted. However, Wine would become a plaintiff only if ICC prosecutor Fatou Bensouda decides to take on his case. She is technically unable to protect him before she has done so.

Benita van Eyssen and Mimi Mefo contributed to this article.

The 38-year-old musician-turned-presidential candidate has been freed on bail after being arrested Wednesday for allegedly breaching coronavirus rules. He has emerged as the main rival to veteran leader Yoweri Museveni.