The United Arab Emirates will hold 40 days of mourning after the longtime ruler died following a long illness. 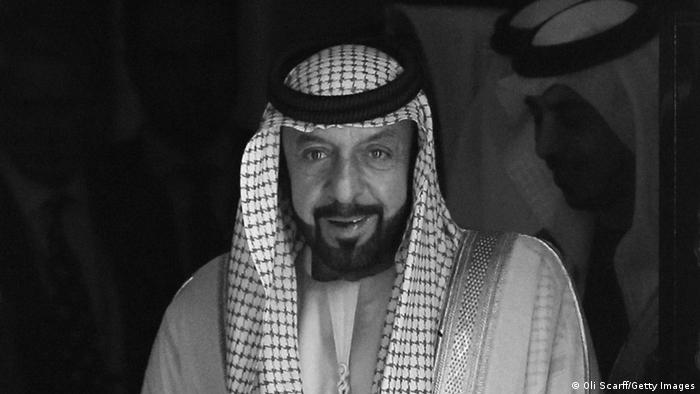 State media in the UAE announced Friday that longtime ruler Sheikh Khalifa bin Zayed Al Nahyan has died at the age of 73.

Al Nahyan had been battling illness for several years.

The Emirati government announced a 40-day mourning period. A three-day suspension of work in all ministries and the private sector begins Friday, and flags will be flown at half-mast.

"His stances, achievements, wisdom and generosity [is present] in every corner of the country," he wrote on Twitter.

In a statement following the news of his passing, US Secretary of State Antony Blinken described Khalifa as "a true friend of the United States" and that he will be missed.

Khalifa bin Zayed came to power in 2004 after the death of his father, UAE founder Sheikh Zayed.

During Khalifa's rule, the UAE implemented several modernization and development projects, as well as billions of dollars in investments. But after suffering a stroke in 2014, he had rarely been seen in public events and had long ceased having involvement in day-to-day affairs.

Mohammed bin Zayed has been seen as the de facto ruler of the UAE. He is expected to be announced as the next president.

In the Emirates, ruling sheikhs hold near-total power. But Khalifa began experimenting with elections shortly after he rose to power. He allowed limited voting for 20 of the 40-seat federal advisory body in 2006. Following rounds of polls failed to attract the even less the half the limited number of people allowed to vote.

Still, the UAE has been one of the most stable countries in the region. It saw none of the Arab Spring protests that shook parts of the Middle East and North Africa.

The year he fell ill, 2014, the UAE became one of the most prominent Arab participants in US-led airstrikes against the Islamic State militant group in Syria.

A year later, the UAE joined the Saudi-led intervention in Yemen, on the side of the country's internationally recognized government against Shiite rebels.

Why is the UAE a hot spot for Russians dodging sanctions?

It's sunny and politically stable, there is little financial transparency and it's easy enough to invest in a business or property and get a residency visa in return.