UAE: A model for women's rights in the Middle East?

Numbers suggest the United Arab Emirates is at the forefront when it comes to opportunities for women, gender equality and equal pay. But the reality for most women is different, and there is still a long way to go. 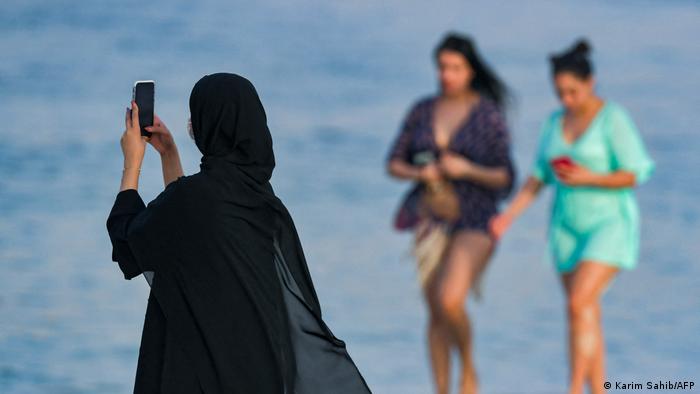 Though the UAE has made progress on women's rights, not everyone is afforded the same opportunities

Successful women have been making headlines in the United Arab Emirates (UAE). Just this week, 28-year-old Noura al-Matroushi was named the first female astronaut for the country's ambitious space program. But Al-Matroushi is not the only woman in this industry by a long shot. According to the Emirates Ministry of State for Advanced Sciences, women make up 80% of the science team behind the current Mars mission. 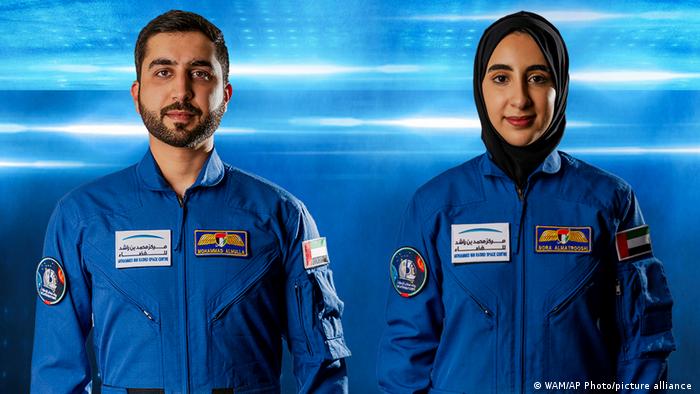 Noura al-Matroushi (r), the UAE's first female astronaut and will be allowed to wear a headscarf during training and operational scenarios, as long as it complies with rules and regulations, NASA told DW.

The World Economic Forum's (WEF) annual Global Gender Gap Report lists the UAE as a "leader in promoting gender equality in the Middle East" and ranks it among the "five most improved countries in the overall index," with gender gaps narrowed by at least 4.4 percentage points. As of this year, the UAE is ranked 72 of 153 countries. In 2020, it ranked 120.

Forbes Middle East, the business magazine's 2020 list of power businesswomen, says Emiratis "are the most prevalent nationality, with 23 entries."

Still, one cannot help but wonder how these numbers — as well as international acknowledgment, and national plans to advance the role of women and equal pay — are to be squared with accusations of severe human rights abuses. Not to mention allegations leveled against Dubai's ruler, Mohammed bin Rashid Al-Maktoum —  whose daughters Latifa and Shamsa have either disappeared or are being held under strict house arrest despite an international outcry.

According to the World Bank, the population of the UAE grew to 9.9 million people in 2020. However, only about 10% —  half of which are women —  are actually Emirati citizens subject to local laws. The vast majority are either expatriates who work for foreign companies or foreign workers in the local construction, service or domestic labor sectors.

In 2017, the UAE passed a law guaranteeing limited labor rights for foreign-born domestic workers. Despite further legal changes in late 2020, the situation for those foreign workers —  who are still bound to the kafala (visa sponsorship) system —  has not significantly improved. It still falls short of international standards, Human Rights Watch (HRW) said — and the organization's criticism isn't limited to foreign workers.

In March, ahead of the 80th pre-session of the Committee on the Elimination of Discrimination against Women, along with its review of the United Arab Emirates' (UAE) compliance with the Convention on the Elimination of All Forms of Discrimination against Women (CEDAW), HRW published an open letter highlighting a long list of human rights concerns pertaining to women.

One of the issues addressed by HRW is the fact that only Emirati men can pass on citizenship to offspring, leaving the children of Emirati mothers and international fathers stateless, as no birth certificates are issued to them. Stateless individuals lack access to basic rights and services throughout their lives.

A second pressing issue is that of marriage and divorce. "What steps are the authorities taking to ensure women have rights on an equal basis with men to enter marriage, within marriage, in divorce, and in decisions relating to children, including removing male guardianship policies?" asked HRW. Currently, a man is able to end a marriage unilaterally with a few spoken words — while a woman needs the written permission of a male guardian to enter or leave a marriage. 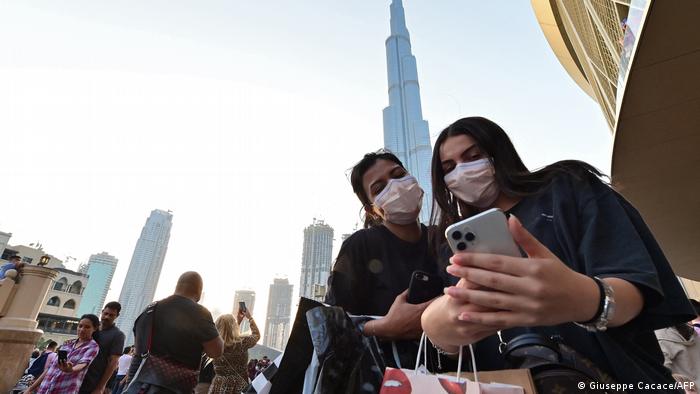 Digital revolution of the critical mass

And yet, the image of Emirati women has changed. Until the 2000s, the state held a monopoly on public discourse. "Religious figures operated as powerful orators capable of shaping and maintaining public opinion in favor of conservative norms and policies that largely contributed to keeping Khaleeji [those from the Gulf region] women submissive and hidden from sight," Dabya al-Rafaei, a researcher on contemporary public discourse and the application of critical feminist theory in the Gulf, told DW.

It was only after the emergence of mobile internet and social media that the so-called "digital revolution" began to destabilize this pattern. "With more women challenging discriminatory policies, highlighting their inferior status in society, or simply sharing snippets from their daily lives, it was no longer possible to monopolize the discourse around the place of women in the Gulf," al-Rafaei explained. Women's visibility has in turn challenged the status quo. However, when it comes to equal pay, there is still a wide gap between the state's decree and reality, the researcher says.

In a recent paper titled "Fashla: The Politics of Image-Making in the Gulf," published on the blog of the London School of Economics, al-Rafaei and co-author Mira Al Hussein — an Emirati PhD candidate at the University of Cambridge, who is researching sociological themes in Gulf higher education — conclude that "Gulf states are undertaking modernization efforts that allow women more visibility to showcase state-supported empowerment."

That conclusion is supported by Mouza Al Shehhi, director of UN Women Liaison Office for the Gulf Cooperation Council. "I think that the leadership of the UAE understands the importance of women role models and has seized numerous opportunities to showcase the success of Emirati women across all sectors," she told DW.

For her, the announcement of the first Emirati woman to train as an astronaut was inspiring for the country and the region. "But for anyone who follows the UAE's progress on women's rights, it was not surprising."