Police in western Germany have arrested suspects with possible connections to the men behind this week's bombings in Brussels. One of them reportedly had suspicious messages on his phone, sent at the time of the attacks. 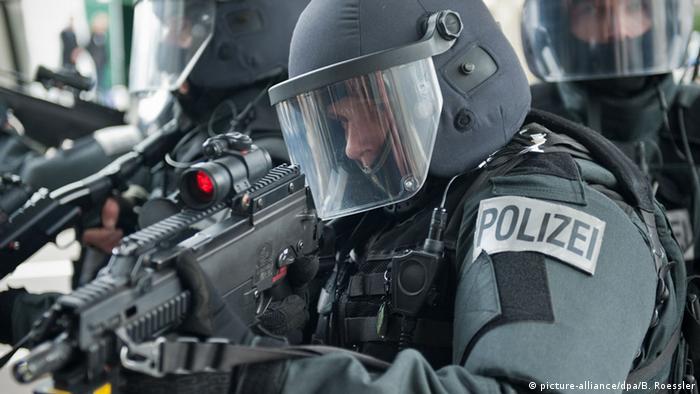 Officers from a special police task force detained Samir E., a known member of the local Salafist scene, during a raid in Düsseldorf, news magazine "Der Spiegel" reported on Friday.

Investigators are now looking into whether he is connected to Ibrahim and Khalid El Bakraoui, the brothers accused of carrying out bomb attacks that killed more than 30 people and injured 300 in Brussels on Tuesday.

According to the report, Samir E. had been arrested by Turkish authorities near the border with Syria in mid-2015, as had Ibrahim, the brother who struck the Belgian capital's airport.

Turkish officials suspected both men wanted to fight - or had already fought - in Syria. Both were deported on the same flight to Amsterdam, where they had originally begun their trip to Turkey. Security officials are now investigating how well the pair knew each other.

A spokesman for Düsseldorf's prosecutor on Friday confirmed the arrest, but said there was "no reliable evidence at this stage that an offense had actually been planned." 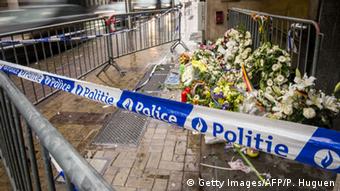 Twenty people died in the blast at Maelbeek metro station

On Wednesday, federal police also reportedly arrested a 28-year-old Moroccan in the town of Giessen, north of Frankfurt. German media said officials checked the man's ID at a local train station and took him into custody after discovering he'd been barred from the European Union's Schengen area. They also found two suspicious text messages on his mobile phone from the day of the Brussels attacks. The first text message allegedly mentioned Khalid El Bakraoui. The second contained only the word "fin" - French for "the end" - and was sent at 9:08 a.m.

On Tuesday, twin blasts hit Brussels Airport just after 8 a.m. local time, and the explosion on the metro happened at 9:11 a.m.

Authorities across Europe are on high alert following the attacks. Police in Belgium said they had arrested six terror suspects in raids overnight, while in France authorities announced they had detained a man for allegedly planning a terror attack in Paris.

Officials say a man detained in a counterterrorism raid in Paris has connections to the suspected ringleader of the November 13 attacks on the French capital. He was allegedly found with a small amount of explosives. (25.03.2016)

Six suspects have been detained in a series of police raids in Brussels, federal prosecutors say. The arrests come just two days after attacks in Belgium’s capital left 31 dead. (25.03.2016)

According to US security experts, the attacks in Brussels have exposed the catastrophic deficiencies of European security policy. They are calling for radical changes. Gero Schliess reports from Washington. (25.03.2016)