The collision between the Tunisian and Cypriot ships spilled a trail of pollution stretching 4 kilometers across the water. Italy and France have sent ships to assist with cleanup efforts. 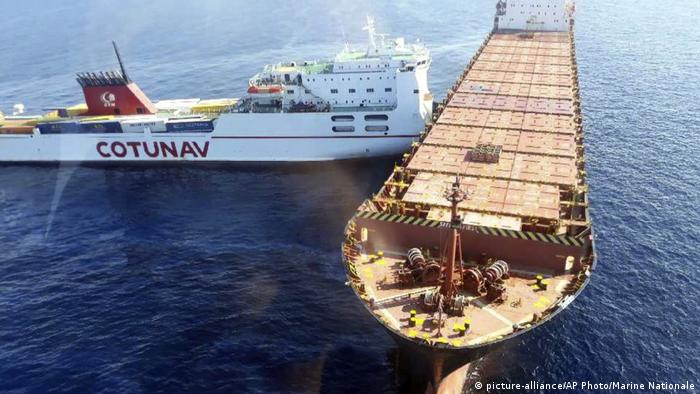 Two cargo ships collided in the Mediterranean Sea near the island of Corsica on Sunday, causing an oil spill, coastal authorities said.

The Ulysse, operated by the Tunisian operator CTN, ran into the Cyprus-based CLS Virgina while it was anchored about 30 kilometres (20 miles) off the northern tip of the island at around 7:30 a.m. local time, the regional naval authority said in a statement.

No one was injured but "the collision caused considerable damage, with an opening several meters long in the CLS Virginia's hull," the statement said.

The spill created a trail of pollution 4 kilometers long and several hundred meters wide, heading away from Corsica to the northwest, toward the French and Italian mainland, the statement continued. 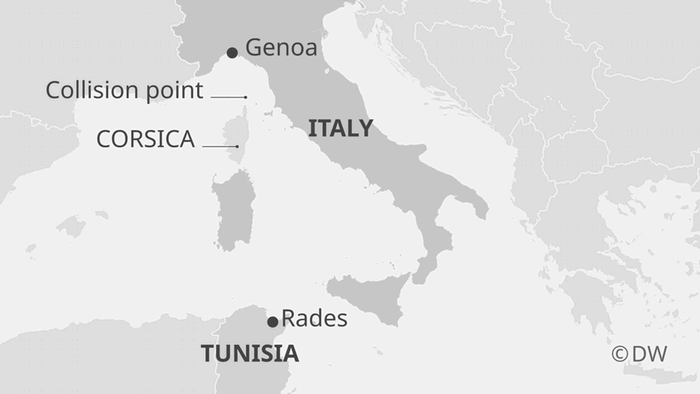 The Tunisian ship "was maybe going too fast compared to its ability to react," the source told AFP.

According to the CTN's published shipping schedule, the Ulysse was traveling from Genoa in Italy to the Tunisian port at Rades near Tunis.

A tugboat has been sent to the scene and the French navy has also provided a vessel specialized in containing and cleaning up pollution spills.

Italy has also offered its assistance as part of the RamogePol accord between France, Italy and Monaco to jointly intervene in cases of maritime pollution.

The EU has proposed banning some everyday plastic products, citing the growing amount of harmful plastic litter in the oceans. But without proper action in Asia, the world's plastic problem is unlikely to go away. (01.06.2018)

Chinese authorities are searching for 32 people missing after an oil tanker collided with a cargo ship in the East China Sea. The tanker burst into flames and spilled oil from the near 1 million barrels it was carrying. (07.01.2018)