Israeli forces have killed two Palestinian teenagers in a Gaza Strip offensive that targeted 18 sites. The strikes occurred after four soldiers were injured in an explosion along the border with the Gaza Strip. 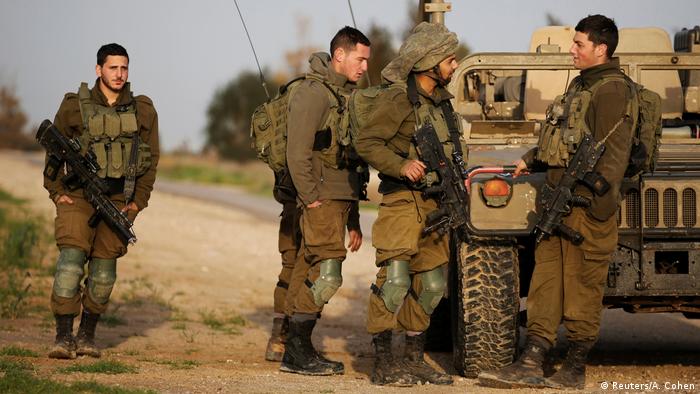 Two Palestinian teenagers were killed in a strike by Israeli forces on the Gaza Strip, after four Israeli soldiers were injured in an explosion along the border fence of the Palestinian enclave.

The four soldiers were wounded, two of them seriously, when they approached a Palestinian flag along the border fence and an improvised explosive device blew up, the Israeli military said.

Israel's army said it attacked "18 terror targets belonging to the Hamas terror organisation" in two waves of airstrikes after the blast.

Jets and a tank targeted sites including Hamas weapon-manufacturing and training infrastructure and a Hamas tunnel, the army said.

The Israeli military said it believed the Popular Resistance Committee in Gaza, an umbrella group of hard-line factions, planted the flag a day earlier during demonstrations in the area, Haaretz reported.

Israel blames Hamas for any attack emanating from the enclave it controls.

"We will respond accordingly," he said.

Hamas has blamed the "Israeli occupation for the escalation in the Gaza Strip," a spokesman said.

After the Israeli airstrikes, a rocket was fired into the Jewish state. Rockets are usually fired not by Hamas, but by other groups.

Concern about a new Hamas-Israel war

The border incident is the most severe since Israel launched a devastating war against Gaza in 2014. The two sides have fought three wars since 2008.

Saturday's incident comes amid concern over the humanitarian situation in Gaza, which has for years been under an Egyptian and Israeli blockade. 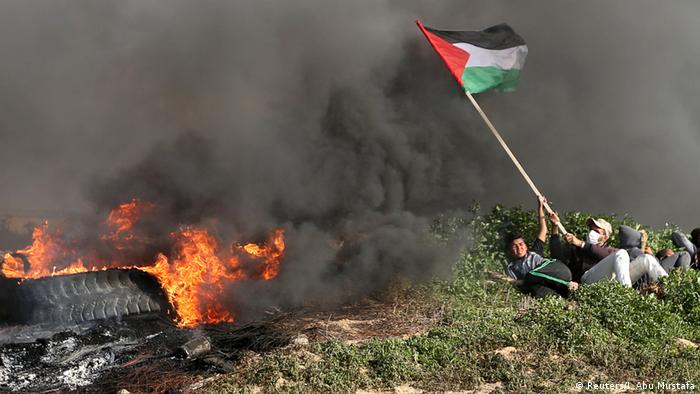 Echoing the concern of other army officials, Israeli Army Chief of Staff Gadi Eisenkot last week warned the cabinet that the Gaza Strip could collapse due to the humanitarian situation.

He said the situation in Gaza could cause an outbreak of conflict between Hamas and Israel, particularly as demonstrations along the border fence have grown in recent weeks.

Dozens of Palestinian demonstrators have been injured in recent weeks along the border fence with Gaza, with the Israeli army using live fire to disperse protesters.

Army officials have expressed concerns the demonstrations could lead to clashes and escalate into a new war.

The prospect of a renewed conflict with Hamas comes as tensions are high between Israel and the Lebanese Shiite group Hezbollah and its chief backer, Iran, in Syria.

The EU has promised an extra €42.5 million to Palestinians for state-building efforts. The aid comes after the US decision to withhold millions in funding from the UN agency that supports Palestinian refugees. (31.01.2018)

What would Donald Trump ending US aid mean for Palestinians?

Donald Trump is threatening to cut off US aid to the Palestinian territories. The move, which follows his recognition of Jerusalem as Israel's capital, could have dire consequences for people in Gaza and the West Bank. (04.01.2018)

Meghan and Harry interview: The reactions 12m ago