Turkish tourism hit by security concerns | Europe | News and current affairs from around the continent | DW | 10.08.2015

Turkey is known as a popular destination for tourists. But more and more visitors are concerned about the escalation in terror attacks. The country's tourism industry could lose up to five billion dollars. 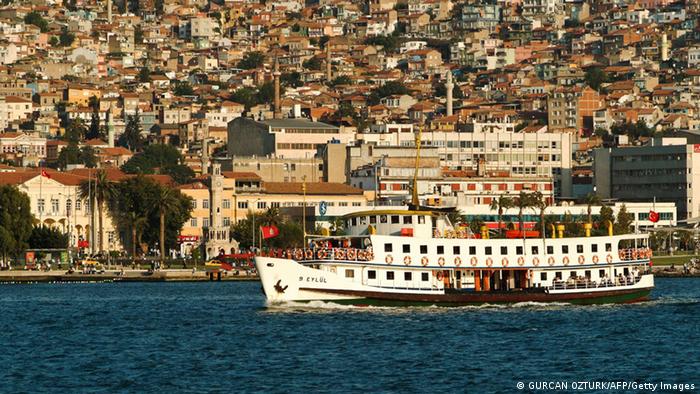 Turkey became the sixth most attractive tourist destination in 2014 - with 42 million visitors. The country's annual revenues from tourism are as high as 30 billion dollars. However, recent terror attacks and the unrest following the Suruc bombing have increased security concerns in the country. Along with these concerns, the government's operations against the terror militia “Islamic State” and the Kurdish PKK have led to a dramatic decrease in the total revenue generated by tourism.

The Turkish Statistical Institute (TUIK) indicates a drop of 13.8 percent in the first six moths of this year, compared to the same period in 2014.

The decline in Turkish tourism started last year when the EU imposed sanctions against Russia because of the crisis in Ukraine. Turkey, which welcomes some 4.5 million Russian tourists each year, has faced a 30 percent drop in visitors from there as a result of the economic downturn that followed the sanctions in Russia.

Civil wars in neighboring countries, such as Iraq and Syria, have also contributed to the dwindling number of tourists in Turkey. Operations of Turkish security forces against the PKK and the “Islamic State” caused growing concerns regarding eastern Turkey, along with the resort towns on the Mediterranean and Aegean coasts.

After the deadly attack in Suruc, nine countries - including Germany and Russia - have issued travel advisories to their citizens, discouraging travel to the border regions of Turkey. Another seven countries - New Zealand, Australia, Italy, Britain, Poland, Ireland and Canada - have encouraged their citizens to avoid eastern Turkish cities. Some have also advised their citizens to be cautious when using public transportation in major metropolitan areas of the country. 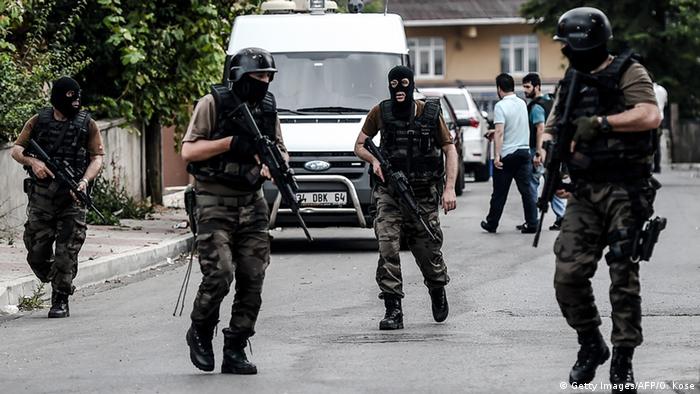 ‘We try to prove that Turkey is safe'

Given these developments, 2015 might be a ‘lost year' for Turkish tourism. On the other hand, the government has been reluctant to comment on this negative picture. Vice Culture and Tourism Minister Abdurrahman Arıcı told the Anadolu news agency that there has been an effort to create the image of a ‘dangerous country' for Turkey. In order to change this, the ministry has organized exhibitions in Europe, he added. According to the minister, they attracted around 200,000 more German tourists.

However, tourism representatives are still worried about the situation. Cem Polatoglu, head of the Tour Operators Platform, told DW that Turkish tourism was prepared for dealing with the consequences of the Russian economic crisis – but the unexpected terror attacks were a serious problem for the sector. Many tourists avoided Eastern Turkey because of the PKK attacks and the government's military operations. According to Polatoglu, the situation is not expected to improve anytime soon. He also thinks that the increasing number of refugees in holiday resort,s such as Bodrum, negatively influences Turkish tourism.

Another city which is losing visitors due to the refugee crisis is Izmir. Mehmet Isler, the president of the Aegean Touristic Enterprises and Accommodation Union, said: “This humanitarian tragedy brings hundreds of thousands of people to our coasts who are trying to flee to Europe. All parks and gardens in Izmir are packed with these people.” According to Isler, there are about 130,000 Syrian refugees in Izmir at the moment. “It saddens us to witness such a tragedy. However, this is very bad for tourism during the high season and the Izmir International Fair,” he stated.

In his opinion, rising Islamophobia across Europe also affected Turkish tourism. “Rival tourist destinations are trying to attract more visitors by using our current situation. In order to keep what we have, we reduced the prices by 25 percent. If we had not done this, the number of tourists coming to Turkey would have declined even more,” Isler says. He estimates that tourism-based income in Turkey will be reduced by more than 5 billion dollars in 2015. To prevent further losses, Turkey needs an emergency government plan, says Isler, adding that 2016 will be even worse if his country's image in Europe does not improve. At the same time, the lack of a new government following the recent elections makes the situation even more difficult.

Turkey is reeling from multiple attacks that have left at least 8 people dead, including 5 police officers. The attacks were conducted by Kurdish separatist and Marxist groups, according to local media. (10.08.2015)

Several people, including police officers, have been hurt in a bomb attack at an Istanbul police station, Turkish media say. In another attack in the city, two assailants have fired shots at the US consulate. (10.08.2015)

At least five people have died in violent clashes between Turkish security forces and Kurdish militants in Turkey's restive southeast, officials said. The casualties include a Turkish soldier and an Iranian national. (07.08.2015)