The two-week old Twitter ban in Turkey has been lifted and access to the website has been restored. The move follows a constitutional court ruling that the ban breached freedom of expression. 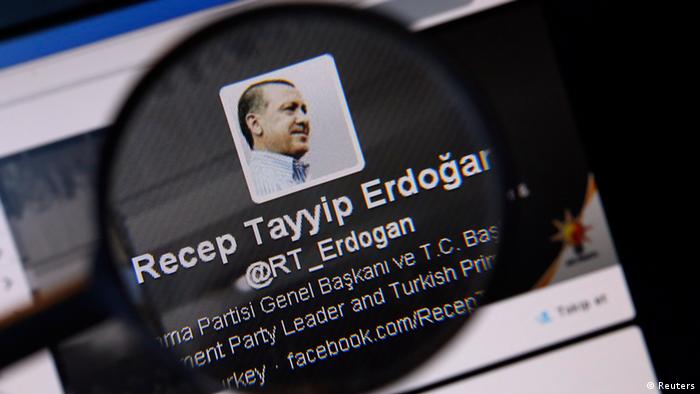 Turkey's TIB telecommunications authority removed the ban on Thursday just one day after the country's top court said it violated freedom of expression and individual rights. The Turkish authorities had appealed an initial ruling at a lower court, sending it to the constitutional court.

The country's transport and communications ministry confirmed the move in a brief statement. "In line with the decision made by the Constitutional Court ... the measure blocking access to the Twitter.com Internet site has been removed," it said.

The government sought to block the micro-blogging site on March 21 after Prime Minister Recep Tayyip Erdogan spoke critically of the site at an election campaign rally. Twitter had become a popular vehicle for sharing a stream of leaked wiretapped recordings of senior officials. One of the recordings appeared to implicate Erdogan and his son in a corruption scandal, but Erdogan said the recordings were fabricated.

Despite the shutdown, most of the roughly 12 million Turkish Twitter users had found ways to circumvent the attempted restrictions by sending tweets via text message or by adjusting their Internet settings.

One week after blocking Twitter, the government also blocked the video portal YouTube, which remains offline in the country.

Both restrictions came in the heat of a local election campaign; Turks voted on March 31.

Sunday's municipal elections cemented Erdogan's AKP (Justice and Development Party) grip on power. The party marginally increased its overall share of the vote and also retained control of the financial hub, Istanbul, and the capital, Ankara.