Recep Tayyip Erdogan has criticized Western policy on the migrant crisis and said his country was capable of saying "goodbye" to refugees. His threat comes as EU countries panic under the massive refugee influx. 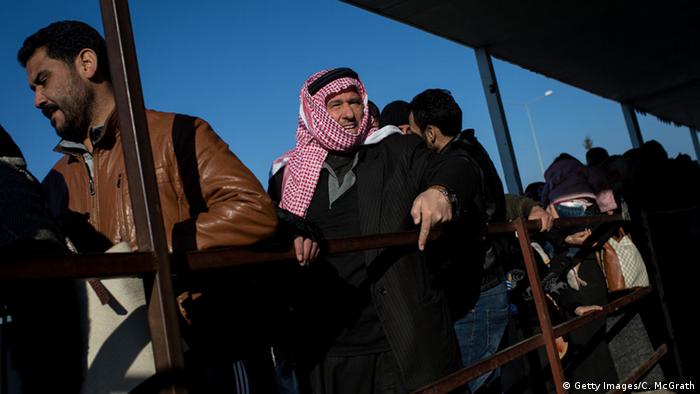 "We do not have the word 'idiot' written on our foreheads. We will be patient, but we will do what we have to. Don't think that the planes and the buses are there for nothing," he said in his speech at a business summit in Ankara.

Erdogan said there was a chance of refugee numbers reaching 600,000 if Russia continued to pound Syria's northern Aleppo province. "We are making preparations for it," he said adding that his country would "show patience up to a point and then we'll do what's necessary."

"In the past we have stopped people at the gates to Europe, in Edirne we stopped their buses. This happens once or twice and then we'll open the gates and wish them a safe journey, that's what I said," Erdogan said.

Earlier this week, Greek website "euro2day" had reported the president as telling the European Commission President Jean-Claude Juncker that his country could send refugees to Europe if it did not get enough help with the crisis. 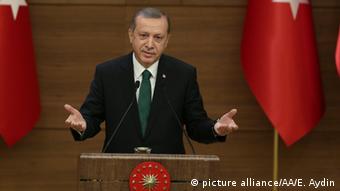 Erdogan: patience only "up to a point"

On Thursday, Erdogan defended his comments: "I am proud of what I said. We have defended the rights of Turkey and the refugees. And we told then (the Europeans): 'Sorry, we will open the doors and say 'goodbye' to the migrants."

The president also lashed out at the United Nations, after the international agency appealed to Ankara to take in over 30,000 migrants camped on the Syrian-Turkish border. "Shame on you! Shame on you," Erdogan said, adding that the UN had spent less than half a billion dollars in the crisis.

According to the leader, Turkey had already spent nine billion dollars on hosting the refugees since the beginning of the conflict in Syria in 2011. The EU has pledged three billion euros to the country to cope with migrants, but the funds have yet to be released.

Turkey is currently hosting three million refugees and has been pressing for the creation of a buffer zone in northern Syria, ostensibly to protect civilians. Washington and its western allies, however, believe that the creation of such an area would bring them in a confrontation with Syrian President Bashar Assad and his allies. 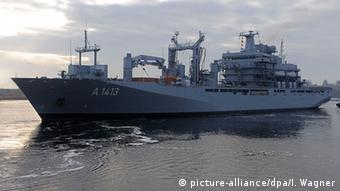 NATO to send ships to the Aegean

Meanwhile, NATO has agreed to send a naval group to the Aegean Sea to track human smugglers, who helped hundreds of thousands of people cross into the EU last year. NATO General Secretary Jens Stoltenberg said the organization was "directing the standing maritime group to move into the Aegean without delay and start maritime surveillance activities." The group comprises three ships under German command.

"This is not about stopping and pushing back [refugees]," Stoltenberg said, adding that the mechanism would help keep a tab on people smugglers.

More than 70,365 refugees have arrived by sea from Turkey to Greece since the beginning of this year, according to the International Organization for Migration (IOM). Over 300 died while crossing the Aegean Sea.

Germany, Greece and Turkey will ask NATO to approve a maritime surveillance mission in the Aegean to combat illegal people smugglers. Greece had previously voiced reservations about the proposal. (11.02.2016)