A Turkish mafia leader claims the government is in cahoots with the criminal underworld. President Erdogan and Interior Minister Soylu are finding themselves in hot water. 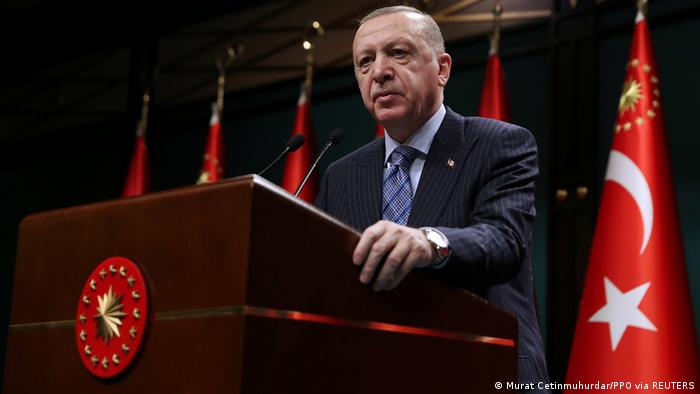 Turkish mafia boss Sedat Peker is leveling serious accusations against leading government lawmakers. He has published five videos on YouTube in which he claims that high-profile politicians from Turkey's ruling AKP party are involved in serious crimes.

The clips, which have gone viral and are making headlines, claim leading lawmakers were involved in malfeasance, murders, rapes, drug trafficking and other illicit practices. Peker alleges the Turkish government has spent the past years shielding him from persecution, even issuing police escorts to guarantee his safety.

The Mafioso claims Turkish Interior Minister Suleyman Soylu tipped him off that authorities were on his case, allowing him to flee Turkey and escape prosecution — an allegation that has put the minister under considerable pressure.

As the government has so far refused to investigate Peker's claims, Turkish opposition lawmakers are demanding Soylu's resignation. But without a full investigation into the accusations, nobody knows at this stage whether there is any truth to the allegations. 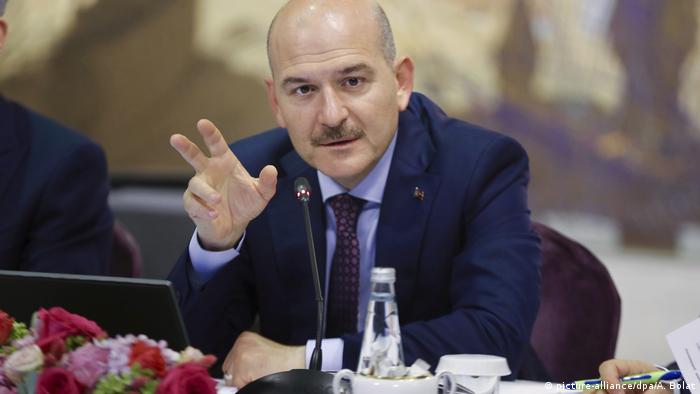 Peker, who fled abroad in January 2020, has been well-known in Turkey for years. Known as a leading figure in Turkey's criminal underworld, he has been tried several times — including on charges of murder and kidnapping — and was sentenced for "establishing a criminal organization."

Wishing the affair away?

Peker's videos have sparked a lively debate in Turkey. After weeks of ignoring the accusations, President Recep Tayyip Erdogan was finally compelled to comment.

"It causes us great sorrow to see that some wretched and unworthy people in our country accept help from the mafia," Erdogan said this week during a Cabinet meeting. "Like terror organizations, criminal gangs are venomous snakes."

Ibrahim Uslu, a political scientist with the Ankara Social Research Center (ANAR), says Erdogan's statement came too late. "The ruling AKP party must instantly launch a parliamentary inquiry when a man who had fled the country makes slanderous and insulting statements against the government."

Uslu says the entire affair is a public relations fiasco for the government because public trust in the judiciary and state is already low. "The AKP should have made clear it is taking decisive action against criminal organizations."

Polls show that Peker's claims are affecting the government's public standing. According to one survey conducted by polling company Metropoll, AKP approval ratings have dipped to a mere 27% — a 33% drop compared with June 2018. According to another poll, President Erdogan has lost considerable public support. The survey finds Erdogan now only has a 40% approval rating, putting him behind the opposition mayors of Ankara and Istanbul, Mansur Yavas and Ekrem Imamoglu, respectively. Erdogan also trails nationalist opposition lawmaker Meral Aksener of the Good Party. 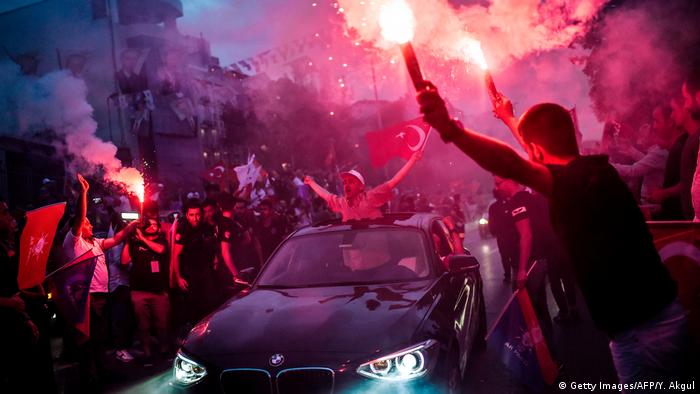 Ibrahim Uslu says Erdogan's poor ratings mainly result from the country's economic crisis and pandemic fallout. "Peker's polemical statements may not be directly affecting the poll results, but they will shake the public's trust in the government in the long run," says Uslu.

Baris Doster, a political scientist at Marmara University, thinks the videos will have a more immediate impact. "AKP's approval ratings will plummet. It would take a miracle for the government to rebound from this," said Doster, who is certain opposition lawmakers will continue to capitalize on Peker's claims.

Fikri Saglar, a member of Turkey's main opposition CHP party, says the Peker affair is part of a much bigger problem. "The government never managed to distance itself from the mafia […] Today,  it is cozying up the government. Peker's videos show it is abundantly clear that the government and the mafia are close."

Peker's claims are reminiscent of media reports from the 1990s, which alleged ties between high-ranking government officials and criminals. Politically motivated assassinations and the disappearance of certain individuals during this era are thought to have been orchestrated by criminal organizations. Turkish media outlets referred to this shady network as a kind of "deep state."

Lately, a range of far-right mafia figures has been found to have links to powerful government officials. In April 2020, right-wing extremist mafia boss Alaattin Cakici was released from jail due to an amnesty law. Some 90,000 inmates — including numerous violent criminals like Cakici — were freed because of the pandemic. Incarcerated journalists, dissidents and ill inmates, however, were not.

After his release, Cakici met Devlet Bahceli, the leader of Turkey's ultranationalist MHP party, which governs together with Erdogan's AKP party. Cakici and Bahceli are both believed to be supporters of the Grey Wolves, a Turkish far-right organization.