Turkish President Recep Tayyip Erdogan has said the camp, which houses thousands of Kurdish refugees, is an incubator for terrorists. 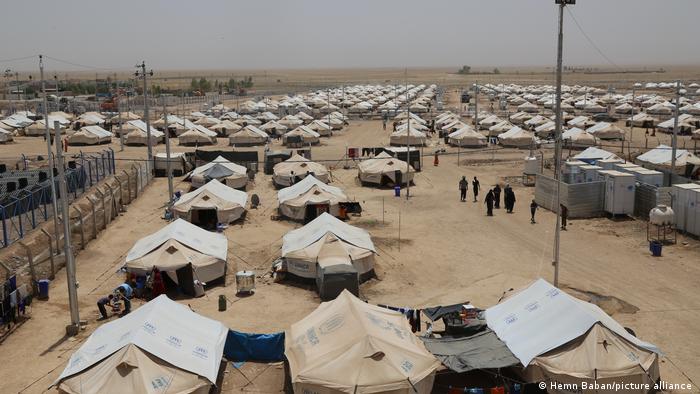 Three civilians were killed and two more injured on Saturday in a Turkish missile attack on a refugee camp in northern Iraq.

Earlier this week, Turkish President Recep Tayyip Erdogan threatened to "clean up" the camp, located in Makhmur, calling it an "incubator" for terrorists.

"If the United Nations does not clean up this district, we will take care of it in our capacity as a UN member state," he warned.

Turkey claims such camps are rebel training grounds for the outlawed Kurdistan Workers' Party (PKK), which has carried out attacks in southeastern Turkey since 1984 — in a conflict that has killed more than 40,000 people.

The PKK has consistently maintained camps in northern Iraq from which it has conducted operations in Turkey.

The Turkish military has maintained its own bases in northern Iraq since the mid-1990s, thanks to security agreements originally reached with Saddam Hussein.

Turkey has greatly increased its activity in the region over the past year, mainly attacking PKK bases in what Ankara calls "temporary security zones" within a roughly 30-kilometer (ca. 20-mile) wide strip of land beyond its border.

Earlier on Saturday, five peshmerga fighters from the autonomous Kurdish region of Iraq were killed in clashes with PKK rebels. Peshmerga officials say two further fighters were injured in the skirmish at Mount Matin in the Dohuk province.

Deputy Minister for Peshmerga Affairs Serbast Lazkin called on all parties "to respect the borders of Kurdistan and to refrain from endangering its security and stability."

The PKK sees the peshmerga as a threat for working too closely with Turkey.

On Saturday, the People's Defense Forces (HPG) — the armed wing of the PKK — said the Peshmerga it killed had entered "a conflict zone" between it and Turkey, which the PKK says, "wants to occupy Iraqi Kurdistan."

"These peshmerga movements are a stab in the back for the PKK and we refuse their entry into an area under our control," the HPG said in a statement.

The peshmerga, for their part, see the PKK as endangering their own good relations with Turkey and thus their autonomy.

The Iraqi federal government in Baghdad has condemned repeated Turkish air and ground incursions into its territory.