Turkey’s constitutional court has struck down parts of a new law designed to tighten government control of the judiciary. This follows a court decision last week to lift a government-imposed ban on Twitter. 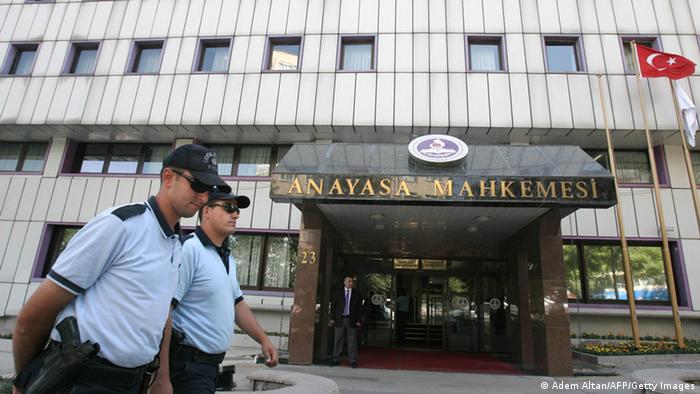 A statement released by the Constitutional Court on Friday said it had cancelled articles within the judicial reform law, which had granted the justice minister powers of the High Council of Judges and Prosecutors, (HSYK), an independent body, responsible for judicial appointments.

The ruling came after a parliamentarian from the main opposition Republican People's Party (CHP) had filed a complaint against the judicial reform, arguing that it violated the principle of separation of powers and the independence of the courts.

The CHP praised the court for Friday's decision.

"With its recent decisions, the Constitutional Court has turned into a body championing freedoms, which unsettles the regime," said the CHP's deputy chairman, Sezgin Tanrikulu, also referring to the court's earlier decision to lift a ban on Twitter.

"This law includes so many unconstitutional elements that it would be strange if (the court) gave another decision," Tankrikulu told the AFP news agency.

The government was critical of the court's decision.

"The legislation was constitutional. The court's decision has not changed my opinion in that regard. But we will of course abide by the ruling," Justice Minister Bekir Bozdag said.

The judicial reform introduced by Prime Minister Recep Tayyip Erdogan's government back in February had sparked outcry from human rights groups and concern about Turkey's democratic credentials in the West.

This legislation, as well as a ban on Twitter and YouTube, have been widely seen as an attempt by Erdogan to battle through a corruption scandal, which erupted last December after police raids targeted businessmen close to him, as well as the sons of cabinet ministers. He responded by having thousands of police and judiciary officials removed from their positions.

Turkish Prime Minister Recep Tayyip Erdogan has declared victory for his party, condemning opposition members as "traitors." The conservative premier said the result was a vindication of his party's policies. (31.03.2014)