EU foreign ministers have criticized Turkey for blocking internet sites such as Twitter and YouTube. They called on Ankara to respect freedom of expression in view of its long-running bid to join the bloc. 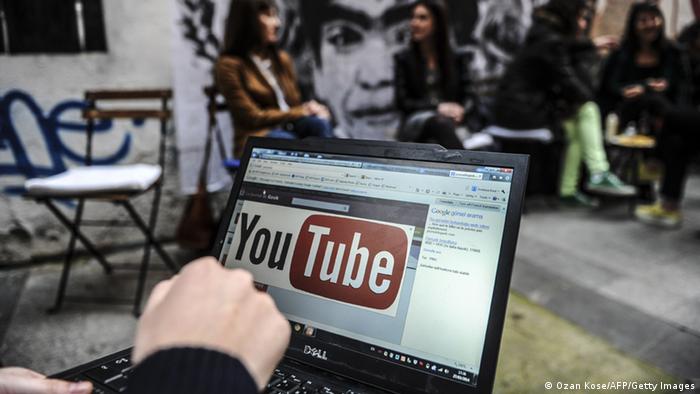 European Union foreign ministers meeting in Athens on Saturday took Turkey to task for recently banning access to open-forum websites such as Twitter and YouTube, saying Ankara should implement European values if it wanted to continue with its EU accession bid.

"The accession process also means not just respecting European values, but putting them into practice in the respective country as well," German Foreign Minister Frank-Walter Steinmeier said after the meeting.

"This cannot be reconciled at all with blocking internet information and restricting freedom of opinion and of the press," he said.

Turkey's EU accession negotiations were revived in November after three years of stalemate. Germany and France are among the countries opposing Turkey's joining the bloc in the near future, amid concerns about its human rights record.

Turkey banned access to the microblogging site Twitter on March 20 after it was used to spread anonymous leaks implicating the inner circle of Prime Minister Recep Tayyip Erdogan in corruption ahead of municipal polls held last Sunday.

The ban was lifted on Thursday after the constitutional court ruled that the ban violated freedom of expression.

Erdogan's government also later blocked the video-sharing site YouTube after a video and audio recordings appeared on the website in which senior government officials allegedly discussed a secret attack on Syria. That ban was lifted by another court on Friday, but Hurriyet newspaper has reported that it will remain in place until the relevant material is removed.

Erdogan has said he does not respect the court rulings, but will comply with them all the same.

The Turkish government has been assailed in recent months by a damaging corruption scandal fuelled by online leaks, which Erdogan has blamed on supporters of influential US-based Islamic cleric Fetuallah Gulen.

Turkish Prime Minister Recep Tayyip Erdogan has declared victory for his party, condemning opposition members as "traitors." The conservative premier said the result was a vindication of his party's policies. (31.03.2014)