Turkey rocked by corruption scandal | Europe | News and current affairs from around the continent | DW | 26.12.2013

Following the exits of high-ranking government officials this week connected to a wide-ranging scandal, Turkish Prime Minister Erdogan has claimed his government is victim of a plot. 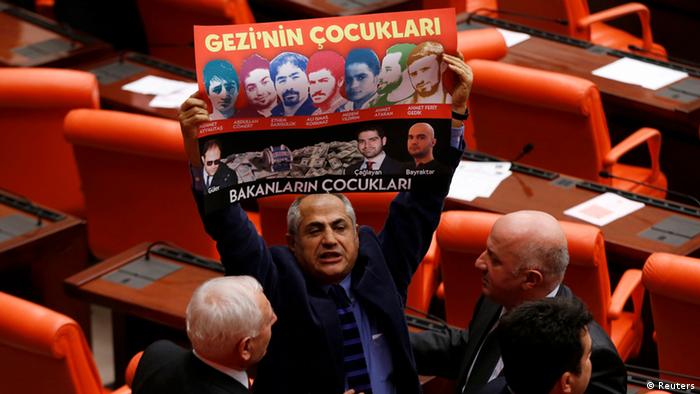 2013 has not been a good year for Turkish Prime Minister Recep Tayyip Erdogan. The massive anti-government demonstrations in Istanbul's Gezi Park in the summer were a shock to the regime. Now, the government is being hit with the biggest corruption scandal in modern Turkish history - and Erdogan's AK Party is right at its center.

On December 17, some 50 people were arrested in raids in Istanbul and Ankara. At the heart of the investigations: an oil deal with neighboring Iran. The oil was allegedly paid through illegal channels in gold, due to UN sanctions against Tehran.

The accused are charged with money laundering, bribery and fraud. Among the dozens of accused are also a minister's two sons, an Iranian-Turkish businessman and the director of state-owned Halkbank.

According to the newspaper "Cumhuriyet," which is known to be close to the opposition, one of Erdogan's sons could be the next target of investigation regarding construction contracts with an NGO that allegedly has connections to Erdogan's son Bilal.

On Wednesday (25.12.2013) three ministers whose sons are in pre-trial custody stepped down: Economy Minister Zafer Caglayan, Interior Minister Muammar Güler and Environment Minister Erdogan Bayraktar. The latter said in a TV interview that he was pushed to resign in order to exonerate the government.

The attorney responsible for corruption investigations in Istanbul, Muammer Akkas, was removed from the case after allegations of leaking information to the media. Akkas told Turkish media on Thursday that authorities refused to arrange for the arrests of further suspects as he called for. According to press agencies, Akkas further criticized that he was put under pressure and asked the juridical community to "defend judicial independence." 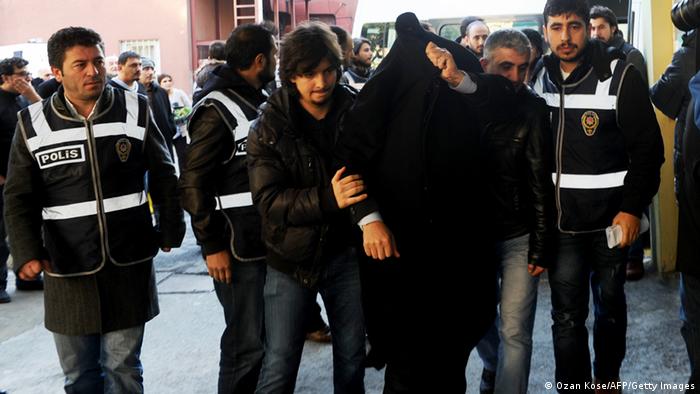 Numerous arrests occurred in the course of investigation

In his first public appearance after those resignations, Prime Minister Erdogan said AKP would not tolerate corruption. Before, Erdogan had accused the prosecution of conducting a "dirty operation of dark alliances" from Turkey and abroad. He also named a "parallel state" that he accused of trying to ruin his administration's reputation.

After a meeting with President Abdullah Gül, Erdogan announced on Wednesday night that 10 new ministers have been appointed. In addition to the three ministers who resigned, seven more members of the government were exchanged, among them Minister for European Affairs Egemen Bagis.

According to political analyst Soli Özdel, the events represent nothing less than a political earthquake for Turkey. Özdel stressed that the AKP still has a majority in parliament, and that Erdogan could reshuffle the cabinet at will. But he pointed out that importantly, regional elections are coming up in March 2014. "I think this earthquake will last till those elections," he said.

Behind the corruption scandal, observers believe, is a power struggle between two former political allies: the Islamist movement of preacher Fethullah Gülen and Erdogan's AKP.

Journalist Ahmet Sik, who has written a book on the Gülen movement, thinks the scandal is politically motivated, with the goal of toppling Erdogan. For years, it's been speculated that members of the Gülen movement retain high influence, including in the ranks of the police and judiciary. 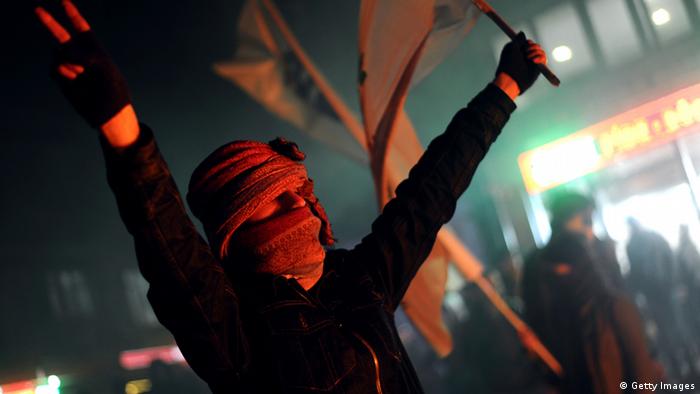 The Turkish people have reacted with anti-corruption protests

"After revelation of the corruption scandal, the government has declared war on the Gülen movement," said Özel. Numerous high-profile politicians, among them Istanbul's police chief, were sacked.

Turkish media called it an act of "cleansing." Sik though doesn't think that it's possible to purge Gülen members from the police force. The government had mostly been trying to block the ongoing investigations, which could severely interfere with the judiciary, he said.

The domestic crisis has also had international repercussions. Prime Minister Erdogan is accusing foreign governments of being implicit in the campaign against him. Several ambassador have apparently been provoking the government.

Observers believe that these accusations are mostly directed against United States ambassador Francis Ricciardone. Ricciardone rejected all allegations and stressed the US was in no way involved in the investigations.

According to Sik, it's common for the government to explain away legal problems with conspiracy theories. Özel agrees with this assessment, and added that he sees Erdogan's reaction as being very damaging to US-Turkish relations.

The corruption scandal in Turkey's leadership circles is putting increasing pressure on Prime Minister Erdogan. Imam Gülen has become an influential opponent with many followers in the police and judiciary.

Supporters of the Gulen movement and Turkish Prime Minister Recep Tayyip Erdogan are now at odds with each other. Turkey expert Günter Seufert explains what this power struggle means for Erdogan.

Afghanistan's future may depend on how the country copes after the withdrawal of international troops. Some Afghans are arming themselves with German university degrees - with the goal of returning to rebuild their home. (12.12.2013)