Turkish forces have crossed into Syria in an attempt to wrest control of Jarablus from "Islamic State" fighters and thereby prevent Syrian-Kurdish forces from taking the city. Tom Stevenson reports from Istanbul. 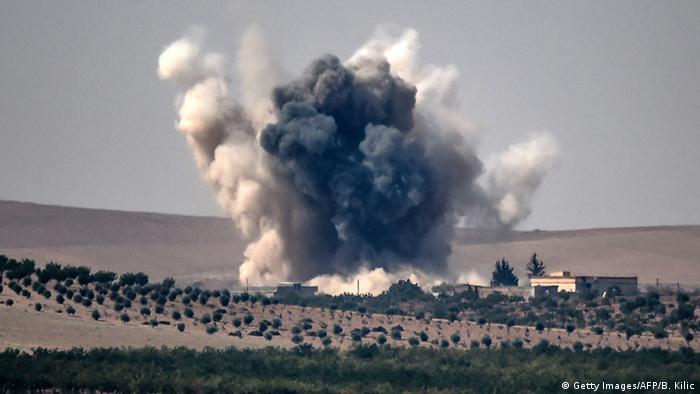 For the first time since the start of the Syrian civil war, Turkish forces, backed by the United States, have crossed the Syrian border and openly intervened against "Islamic State" (IS) forces.

In the early hours of Wednesday, Turkey began conducting heavy artillery strikes - including Howitzer strikes - on the IS-controlled city of Jarablus, which lies on the Turkey-Syria border on the banks of the Euphrates River.

Turkish F-16 aircraft then conducted airstrikes on IS positions in Jarablus as Turkish special forces made for the city. German-built Leopard tanks operated by the Turkish army have followed in their wake with a force of 1,500 Turkish-backed Syrian fighters. The United States has confirmed that it will provide air cover for the Turkish forces.

Turkey's President Recep Tayyip Erdogan said Turkey has launched the operation "against terrorist groups that constantly threaten our country," referring to both the Islamic State and Syrian-Kurdish YPG forces whom Ankara views as terrorists.

Before the operation, Syrian-Kurdish YPG forces linked to the Kurdistan Workers Party (PKK) were advancing on Jarablus following their military victory over IS in Manbij.

Syrian Kurdish forces say the operation, which Turkish forces have code-named "Euphrates Shield," is motivated more by a desire to stop their advance against IS than by anti-IS sentiment.

During the operation, Turkey's Foreign Minister Mevlut Cavusoglu warned Kurdish forces to keep away from Jarablus. "If YPG doesn't retreat back to the east of the Euphrates, Turkey will do what is necessary," Cavusoglu said.

The Syrian Democratic Forces (SDF) have accused Turkish military intelligence of assassinating the Kurdish forces' commander in Jarablus, Abdulsettar Al-Cadiri, just prior to the operations.

The head of the Syrian-Kurdish forces, Salih Muslim, claimed before the operation that Turkey was backing jihadists in Syria. "Turkey is also trying to activate terrorist groups like al Qaeda in Syria, which are celebrating the beheading of children in Aleppo," Muslim said.

According to a Western intelligence analyst working on Syria in Gaziantep, there are questions as to the make-up of the 1,500 strong Turkish-backed force. 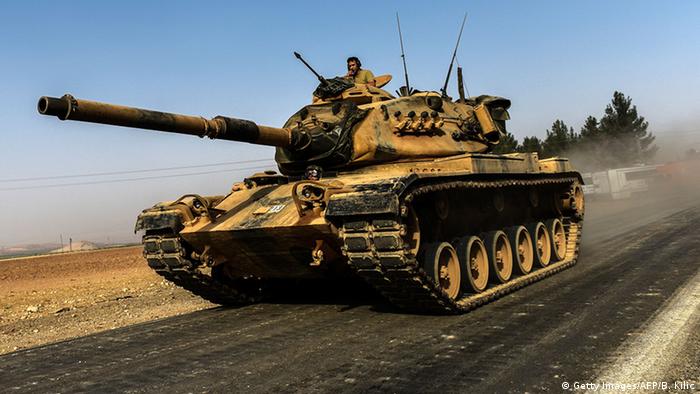 "There's some evidence the forces are comprised of Ahrar al-Sham fighters, but there has been talk recently of a potential merger between Ahrar al-Sham, Nur ad-Deen az-Zinki, and Jabhat Fatah al-Sham [formerly known as the al Qaeda-linked Jabhat al-Nusra - the ed.]," the analyst told DW on condition of anonymity.

Fighters from Liwa Suqour al-Jebal (Falcons of the Mountain Brigade), a US-backed Syrian militia, are also believed to be among the Turkish-backed forces.

Turkey's intervention underlines a shift in how the Turkish government sees the Syrian civil war, says Selim Sazak, a foreign policy analyst at The Century Foundation.

Sazak points out that for the last year, Turkey has been facing IS attacks and a PKK insurgency inside its own borders.

"Turkey simply took the fight to them now that it has replaced the pro-regime change Davutoglu with the more pragmatic-minded Prime Minister [Binali] Yildirim, mended fences with Russia, and seems to have lost all hope in the US keeping the YPG on a short leash." 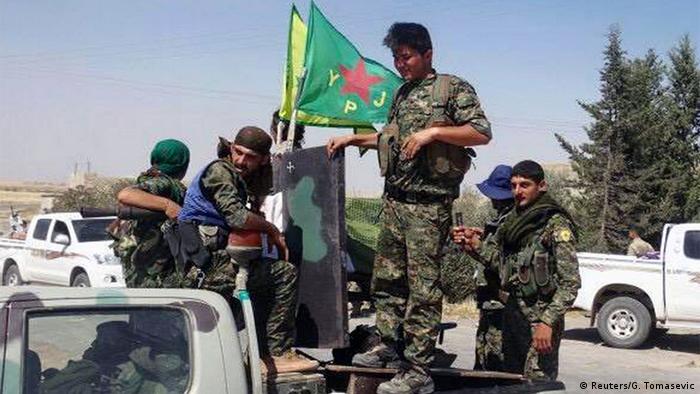 Selim Koru, an analyst at the Economic Policy Research Foundation of Turkey, says the most surprising factor in the Jarablus operation was that it's taken so long for Turkey to intervene.

"Turkey has been calling for a safe zone for a long time, and it has been saying that it won't allow a PYD [Kurdish Democratic Union Party - the ed.] state on its southern border," Koru told DW. "The Manbij offensive and PYD advancement in general also probably made this more urgent."

"Strategically, the government could have been better off intervening much earlier. But it didn't have confidence in its institutions before, so it couldn't. Now it probably does, so it is conducting the operation."

Koru added that Turkey fighting IS in Syria might increase the risk of IS attacks in Turkey, but that the balance between Turkey and the group was complicated. "Perhaps entering Syria will increase Turkey's leverage over the group, so it will be less likely to attack," Koru said.

"However, we have to assume that despite a government crackdown, IS has an extensive network in Turkey. So if the war between IS and Turkey is escalating, it could make sense for IS to strike civilian targets in Turkey."