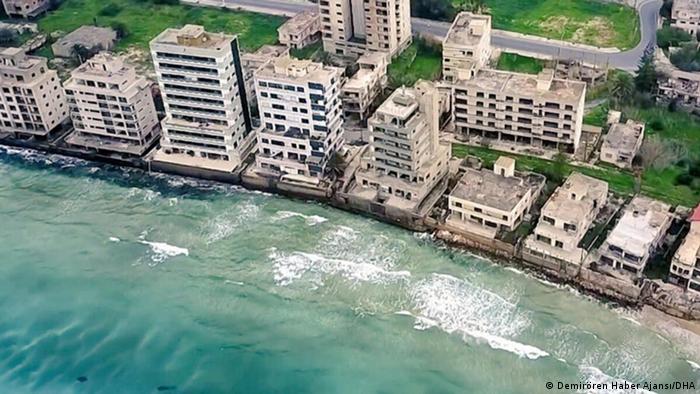 The European Commission on Tuesday suggested the Turkish government was wrecking its own economy, eroding democracy and undermining its independent judicial system, leaving Ankara's hopes of joining the EU hanging by a thread.

The bloc's executive branch said there was a lack of freedom of speech in Turkey, as well as deteriorating prisons and unnecessary conditions imposed on the Turkish central bank. The EU blamed an "excessively" centralized presidential system for the issues.

"The EU's serious concerns on continued negative developments in the rule of law, fundamental rights and the judiciary have not been credibly addressed by Turkey," the Commission said in its annual report on the country.

"Turkey's accession negotiations have effectively come to a standstill," it added.

Negotiations to join the EU started in 2005, but until Turkish relations with Cyprus improve, accession to the bloc will not be possible, according to the Commission.

In a further sign of deteriorating relations, leaders from across the EU agreed last week to consider sanctions if Turkey continued to explore for oil and gas in waters claimed by member states Greece and Cyprus.

In addition, Merkel is working to improve relations between the EU and Turkey, German government spokesman Steffen Seibert said.

In a move that is likely to test Ankara's EU relations further still, a part of a town in Turkey-controlled northern Cyprus is set to reopen this week for the first time since the division of the Mediterranean island in 1974, Turkish President Erdogan announced on Tuesday.

A coastal section called Varosha in the town of Famagusta, which has been uninhabited since the war that split Cyprus 46 years ago, will reopen on Thursday.

"It is an indisputable fact that Maras is part of (Turkish) Cyprus," Erdogan said, using the Turkish name for Varosha. "We support your decision to open the beautiful coastline in Maras to public use," he told Turkish Cypriot Premier Ersin Tatar.

The premier, who isn't internationally recognized, described the reopening as an "irreversible step."

The internationally-recognized government of Cyprus quickly condemned the move as a "pre-election stunt" and said it would lodge protests to the UN Security Council and EU.

Famagusta has been regarded as a bargaining chip in the stand-off between the Turkish-controlled north and Greek-controlled south. Greece has demanded the port city's return to its original inhabitants — the Greek Cypriots, 39,000 of whom once lived in Varosha before being forced out by Turkish forces in 1974.

EU leaders have warned that Turkey could face sanctions if it does not cease its "provocations and pressures." The bloc also said it would reward Ankara for good behavior.