The Turkish president has boosted military support for Libya's Tripoli-based government. But Turkey's maneuverings in the North African country could put it on a warpath against forces loyal to Libya's rival government. 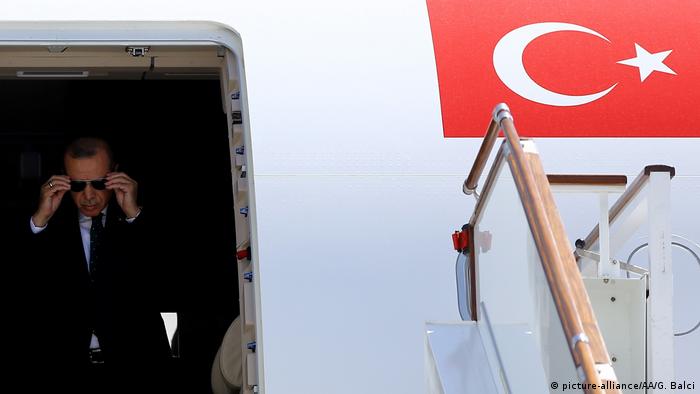 Turkish President Recep Tayyip Erdogan arrived in Tunisia with his security cabinet on Wednesday for unscheduled talks with his Tunisian counterpart, Kais Saied.

Shortly after his arrival, Erdogan announced that he discussed possible steps with Saied to secure a ceasefire in Libya. 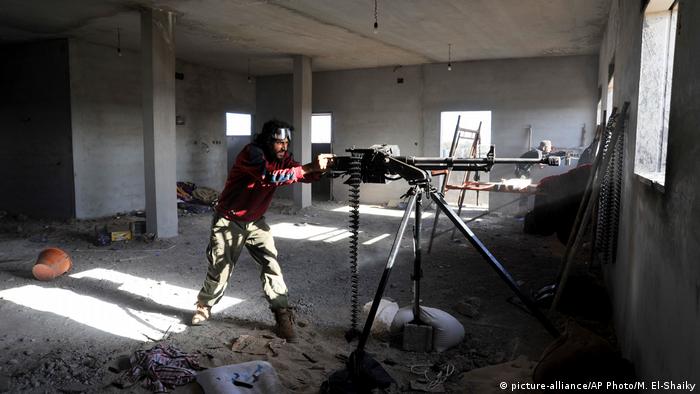 Forces loyal to rival governments have fought for power across Libya

"There might be a need for an authorization in line with the developments over there. The parliament is conducting work on this issue," said Kalin, "We will continue to support the internationally-recognized Libyan government."

"This support may be in terms of military training, or other areas, such as political support."

Turkey is at odds with Saudi Arabia, Russia and Egypt, which support a rival eastern-based Libyan government backed by general-turned-warlord Khalifa Haftar. His National Libyan Army has warned against Turkish interventions, saying it further destabilizes the country.

Libya was plunged into chaos in 2011 after the late dictator Moammar Gadhafi launched a brutal crackdown against anti-government protesters.

NATO-backed rebels eventually defeated the regime and captured Gadhafi, who was killed in captivity. Since then, warring factions have fought a bitter war to maintain power in the North African country.

The EU has called on forces allied to rival Libyan governments to return to the negotiating table and end the conflict by political means. But the entry of Russia and Turkey into the conflict could complicate the matter. (23.12.2019)