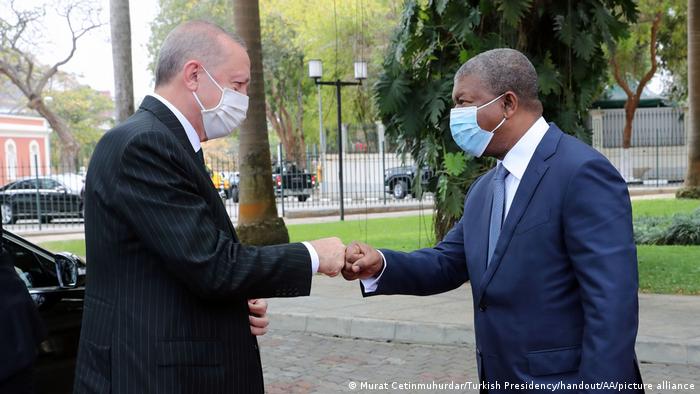 Turkey's Erdogan (l) is a regular visitor to Africa, as here with President Lourenco of Angola in October

Ivorian businessman Lilli Firmin Tre works with Turkey for one simple reason — "I chose Turkey because of the quality of its products," he tells DW. Tre runs the SIG Group, a real estate company operating in Ivory Coast, and he has maintained close ties in Turkey for quite some time.

Tre emphasizes that Turkey's strength lies in the fact that it largely maintains its own production. Other European countries, he says, offer more Asian goods. "There is a lot to learn in the building sector, the Turks have a lot of specialized knowledge. They are good when it comes to workmanship, interior design — their color coordination is also spot on and they use good materials," the businessman swoons. But best of all, he adds — "They offer European quality at Asian prices."

Tre says one of the few problems is communication. Turkish partners very rarely speak English and none speak French, so there's always need for an interpreter.

Still, business is booming in the region. In nearby Senegal, Moussa Mbaye is expecting three or four containers full of Turkish iron this month — twice as much as last year. The 32-year-old coordinates operations for the Turkish firm La Turquoise, which offers services to Senegalese companies. Mbaye claims 90% of all business between Senegal and Turkey crosses his desk: "We're expanding international trade. We sell furniture, iron and replacement parts," he tells DW's Dakar office. Adding that all of those things can be had for good prices in Turkey. 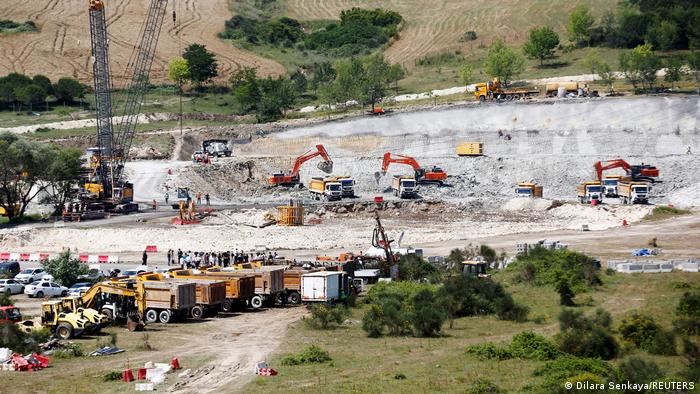 A lot to be learned: Turkish know-how is prized in Africa

Africa — market of the future

In the spirit of Turkey's deepening relations to the countries of Africa, President Recep Tayyip Erdogan has invited his partners to Istanbul for the third Turkey-Africa Summit. Beyond Erdogan and Trade Minister Mehmet Mus, speakers will include Democratic Republic of Congo (DRC) President Felix Tshisekedi and Africa Union (AU) Commission Chair Moussa Faki Mahamat. Representatives from the new African Continental Free Trade Area (AfCFTA) Secretariat will also be on hand.

The numbers speak for themselves: Trade volume between Turkey and Africa is enormous, as economist Guven Sak of the Turkish Institute for Economic Policy (TEPAV) told DW. "The sum total of all projects completed on the continent to date is around $70 billion (€62 billion)." In 2020, says Sak, Turkish exports to Africa valued $15 billion.

"Continental Africa has the world's youngest population and also its fastest population growth." According to United Nations (UN) estimates, Africa's population will have at least tripled by 2100, growing to over four billion. Sak sees expanded relations as a natural result of investment opportunities in the areas of urban infrastructure, logistics, energy and construction: "The fact that Africa is extremely rich — both in traditional as well as renewable energy resources — offers opportunities for a fast-growing market," according to the economist. 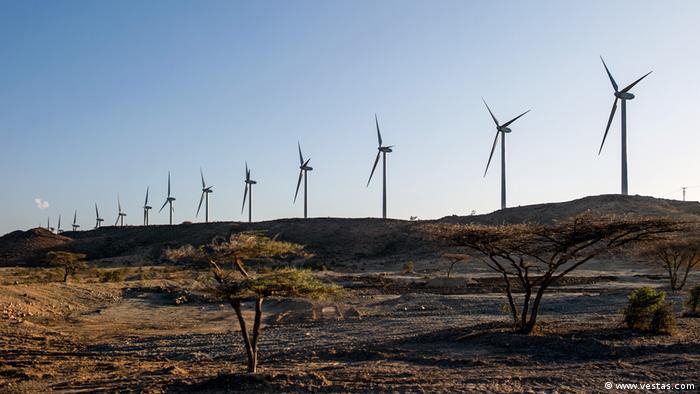 A growing network of ties

Relations between the two regions have improved dramatically since Ankara declared 2005 "Africa Year." Turkey's central government recognized that lucrative business opportunities were to be found in industrial production and construction. Turkish businesses and non-governmental organizations (NGOs), especially those working in the education sector, established a presence on the continent.

With improved business ties came improved diplomatic ties: Turkey has been a "strategic partner" to the African Union since 2008, conducting meetings with African heads of state and government. President Erdogan traveled to Angola, Nigeria and Togo just this October.

Meanwhile, Turkey has also established a reputation as a humanitarian partner. For example, Ankara sent experts for road, school and hospital projects to war-torn and drought-ridden Somalia. In return, observers say Turkey gained access to the strategically important Gulf of Aden, allowing it to cover its own energy needs. 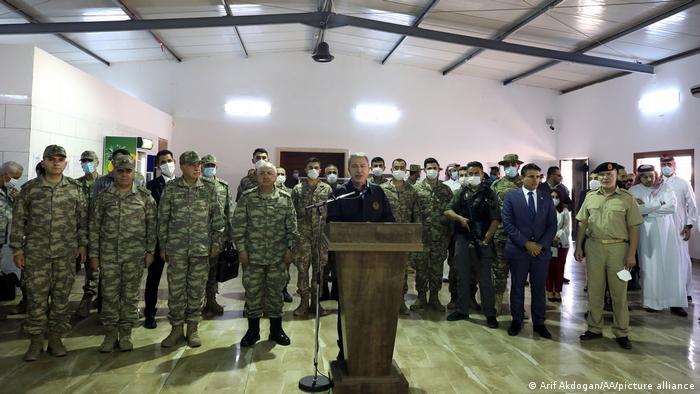 Security ties between Turkey and the continent have also gained outsize influence since Erdogan came to power in 2014. Somalia, Turkey's doorway to sub-Saharan Africa, has been the site of TURKSOM — Turkey's largest overseas military base — since 2017.

Therefore, it makes sense that arms exports will also be a big topic at the Istanbul summit. Turkish arms and aeronautics exports to Ethiopia, for instance, shot from around $235,000 in January to nearly $94.6 million in November according to the Turkish Exporters' Assembly. Sales to Angola, Chad and Morocco have seen similar jumps.

One of Turkey's best-selling items is the Bayraktar TB2 combat and surveillance drone. The unmanned aerial vehicle (UAV) has been used in a number of conflicts and has proven itself highly effective. Reuters news agency reported that Morocco and Tunisia took delivery of Turkish combat drones in September, adding that a large number of other African nations have voiced interest as well.

Afro-Turks talk about slavery in Turkey