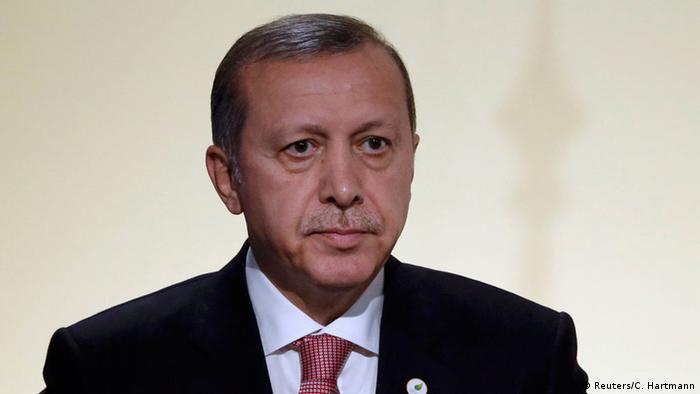 Ivory Coast which has hosted President Erdogan for the first time is rich in oil, natural gas, diamonds and gold among others. The country also has agriculturally fertile lands but it's among the lowest income economies in Africa.

Economic analyst, Kissy Agyeman-Togobo, tells DW that Turkish business companies are looking for investment opportunities in Ivory Coast, Guinea, Ghana and the economic powerhouse Nigeria. Turkey has more than tripled the number of embassies it has in Africa since 2009, while flag carrier Turkish Airlines has dozens of destinations on the continent.

DW: What should we expect from Erdogan's visit to West Africa?

Kissy Agyeman-Togobo: It's a great development in terms of relations between Turkey and the sub-region; it's a part of longstanding strategy by Turkey to develop ties and strengthen bilateral relations with Africa. We can expect there to be discussions relating to productive sectors that Turkish investors will be interested in and recently the Turkish foreign minister has been talking about wanting to deepen and strengthen ties with the continent. Last year there were a series of visits as well and this was preceded by other initiatives such as a large trade fair which was held in Lagos in 2013.

What could be Turkey's areas of interest in Africa?

Turkey already has strong relations with ECOWAS region and Nigeria being the largest economy on the continent. I understand that Turkey imports large mounts of oil from Nigeria. So there are going to be a lot of bilateral and commercial relations. In Ghana, Turkey has provided the power ships which have helped to alleviate the power crisis in the country. Sectors such as energy will be featuring in their talks as well as the manufacturing industry and agribusiness.

How can you quantify the benefits that have come through the ties between Turkey and Africa?

In general, bilateral trade between Turkey and the continent was around $ 23.4 billion (euros 21.6 billion) in 2014. There have been huge rises there. Ghana has been dealing with the power crisis for the last three to four years and Turkey has provided a temporary solution by providing vessels to supply power and at least power outages have stopped or have reduced by the end of 2015.

Kissy Agyeman-Togobo is the Financial Columnist based in Nigeria.

Russia has announced tighter controls of Turkish food imports, citing frequent violations of safety standards in the past few months. The Kremlin said it could easily buy agricultural produce from other nations instead. (26.11.2015)

Turkish Prime Minister Recep Tayyip Erdogan is visiting Gabon, Niger and Senegal as part of an African tour. China, India and Brazil have all increased their presence on the continent. Now Turkey is in the mix. (08.01.2013)