Turkish Prime Minister Recep Tayyip Erdogan is visiting Gabon, Niger and Senegal as part of an African tour. China, India and Brazil have all increased their presence on the continent. Now Turkey is in the mix. 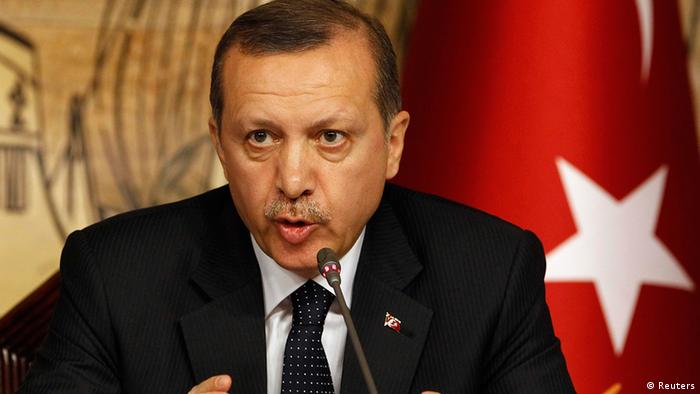 First stop Gabon. This is where Turkish Prime Minister Recep Tayyip Erdogan on Sunday (06.01.2012) began his official visit to Africa. His itinerary also includes stops in Niger and Senegal.

In contrast, Niger is one of the world's poorest countries, according to the 2011 United Nations Human Development Index (HDI). 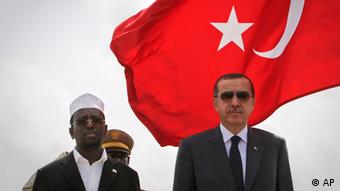 The Index is used to measure poverty, literacy, education, life expectancy and other development factors. However, the landlocked country plays an important role as an exporter of raw materials, especially uranium.

Senegal is one of the most politically and economically stable countries in West Africa, with a relatively well-functioning administrative structure. Nonetheless, the country's economic growth still lags behind other countries in the West African Economic Community (ECOWAS). According to the 2011 United Nations HDI, Senegal occupies position 155 out of 187countries. This is where Erdogan's six-day African trip is set to end.

Under the leadership of Erdogan's AK Party, Turkey has been developing the African market. The first signal of this diplomatic offensive came in 1998 with the formulation of a new policy towards Africa.

Turkey declared 2005 as the official "Year of Africa". This was followed by the first state visit by a Turkish prime minister to South Africa and Ethiopia. Later the African Union honored Turkey by granting it observer status.

Gero Erdmann, an expert on Africa from the Leibnitz Institute of Global and Area Studies (GIGA), told DW that Ankara's interest in Africa started even earlier. In his opinion, Turkey's move was "made necessary by the reorientation of Turkish politics after the end of the Cold War."

Currently Turkey has 17 embassies in sub-Saharan Africa and is planning to open more diplomatic missions on the African continent.

According to a study by Erdmann, the Turkish State Administration on Religious Affairs ( known as the Diyanet) has opened many private schools and vocational training opportunities for African imams with the aim of providing an enlightened form of Islam. 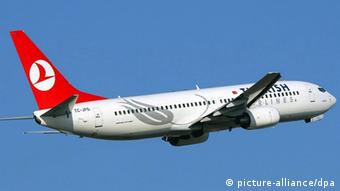 Africa has become a top priority in Ankara.

According to Dr. Gülistan Gürbey, lecturer at the Otto Suhr Institute in Berlin, Turkish Foreign Minister Ahmet Davutoglu takes a personal interest in developing the country's policy towards Africa. It was Davutoglu who, while working at university in the 90s, developed a policy paper. The concept of "strategic depth", according to Gürbey, is a return to the Ottoman past and a religious-cultural muslim identity.

"Modern Turkey sees itself as a key country from multiple continents," the lecturer said.

Turkey's new interest in Africa is reflected in trade statistics. Its economic interest in the continent is currently not based on the need for raw materials and energy resources, but rather in seeking a market for Turkish products.

Trade between Ankara and Africa has increased five times since 2002 when Turkey steadily began to do business with Africa. Turkish investors are mainly keen on infrastructure and building projects such as in Ethiopia and Sudan, or textiles and food processing in South Africa.

Unlike other competitors, who at first pursue a resource policy, Turkey has a strategic interest in Africa, says Gero Erdmann from the GIGA Institute in Leibnitz. 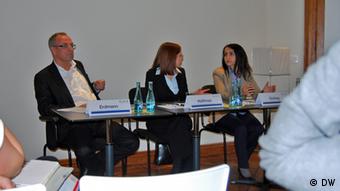 "Turkey wants to garner UN votes in Africa for itself because it would like to have a permanent seat on the Security Council," Erdmann said.

Ankara's strategy is to win the support of African countries in international forums in a highly visible development policy. One example is the drought in Somalia.

Turkey's relationship with Africa, as in the Middle East has been met with criticism both at home and in parts of Europe.

Liberal politicians and scholars have hinted at a supposedly pro-Arab, Islamist orientation and are wary of neo-Ottoman intentions. Other observers question how a country that is in the course of applying for EU membership, can be associated with human rights abuses, repression of religious freedom and disregard for the rule of law.

In Africa, Turkey sees itself as a defender of human rights, as witnessed in the 2011 4th UN Conference on Least Developed Countries which was hosted by Istanbul.

According to Erdmann, the lack of a colonial history link to Africa makes Turkey an attractive partner for African governments and not so much a player in the new scramble for African resources.

'Turkey is not yet ready to enter the EU'

Representatives from 54 countries have gathered in Istanbul to discuss how to build a better future for Somalia and help the Horn of Africa nation end two decades of chaos and conflict. (31.05.2012)