Polish President Andrzej Duda's talks with his Turkish counterpart, Recep Tayyip Erdogan, saw Poland become the first NATO and EU country to buy Turkish drones. Warsaw is not afraid of putting the cat among the pigeons. 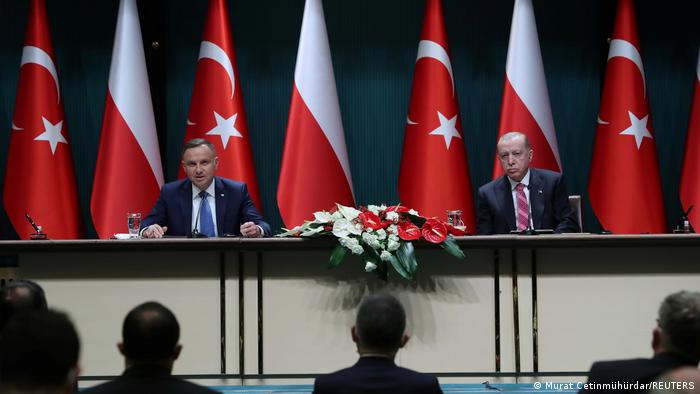 Erdogan (right) and Duda (left) signed trade deals in various sectors, but most eyes were on the arms agreements

At a joint summit at the end of May in Ankara, Polish and Turkish defense ministers signed a $270 million (€235 million) deal that will see Warsaw buy Turkish-made unmanned aerial vehicles (UAVs), for both reconnaissance and assault purposes.

The move is likely to needle Moscow, as the two NATO members are well aware. For Poland, a pivot towards Ankara is also a snub to the Biden administration after what is seen in Warsaw as Washington's renewed cozying up to Berlin over the Nord Stream 2 gas pipeline.

Karol Wasilewski, a Turkey analyst at the Polish Institute of International Affairs (PISM), finds the political aspects of the drone deal "interesting."

"It seems that by this transaction Poland is trying not only to strengthen its relationship with Turkey, but also to make it more tied to the security of NATO's eastern flank, as well as to drive a wedge between Turkey and Russia, at a time when that relationship is very complicated," he told DW. 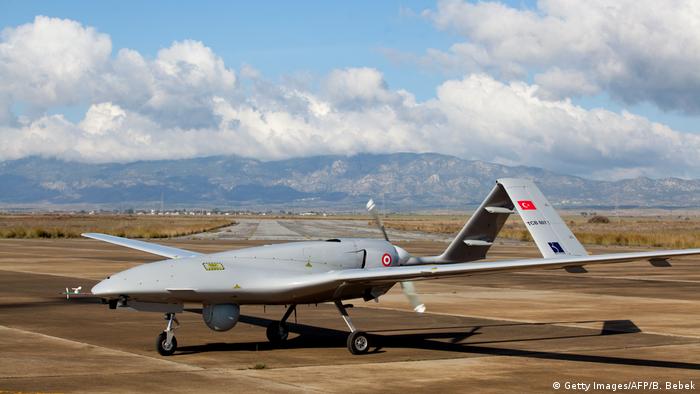 Poland will buy 24 Bayraktar TB2 armed drones, produced by a Turkish company owned by Erdogan's son-in-law, Selcuk Bayraktar, with the first delivery slated for 2022. The contract will be concluded without a procurement process.

The deal also includes smart micromunitions manufactured by Turkish company Roketsan, along with ground control stations and ground data terminals for the drones. The reconnaissance and assault drones will be serviced in Poland and the two countries agreed mutual protection of classified defense industry data.

Baykar has sold its Bayraktar TB2 armed drone to Azerbaijan, Ukraine, Qatar and Libya and gained in popularity since the hardware was deployed in Syria, Libya and Azerbaijan.

"The issue with Turkish drones is that they may be extremely useful when combined with a proper military strategy. If the acquisition will be followed in the know-how exchange in this area, then the transaction may be more fruitful in terms of defense needs," says Wasilewski. 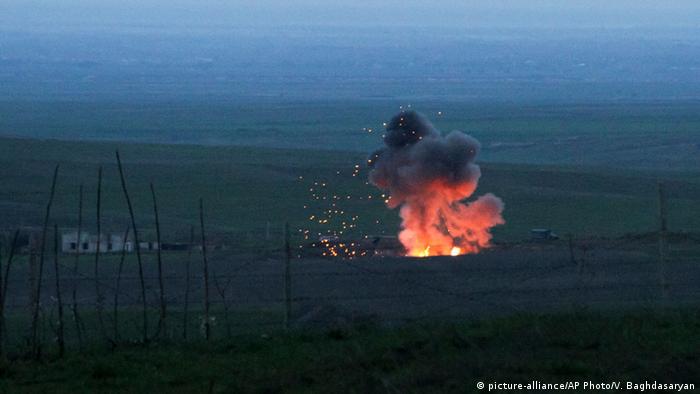 Russia's annexation of Crimea from Ukraine was on the agenda when Duda and Erdogan met, along with other Russia-related subjects, such as security in the Black Sea and the conflict between Kyiv and pro-Russian separatists in eastern Ukraine.

Polish geopolitics expert Witold Repetowicz thinks that the "Turkophile lobby" in Poland, which has a strong influence on the government, came up with the Polish-Turkish alliance as a counterweight to the US-German rapprochement. Similarly, some observers believe the Russian factor is used only as a cover, as Ankara is pursuing its own foreign policy.

Turkey’s relationship with the US is widely seen as the main challenge to the development of Polish-Turkish ties. Last year's US sanctions against Ankara over its purchase of Russian S-400 air defense systems were not meant to impede Turkey’s military cooperation with other NATO allies. But a revival of Ankara's confrontational stance toward EU members such as France could push Warsaw to take a position in an intra-EU debate on sanctions on Turkey.

Stanislav Tarasov,  editor-in-chief of the Eastern Editorial Office of the Russian news agency Regnum, says the supply of Bayraktar combat drones was an important, though not the first, signal of changes in Warsaw's strategic course towards Ankara.

"A year ago, relations between the two countries were strained after Turkey stated that it intended to veto the adoption of a new NATO plan to protect Poland and the Baltic States, until support would be provided to Turkey in its operation against the Kurds. However, in September of 2020, Duda ordered the dispatch of a Polish military contingent to Turkey, which Warsaw had not done previously," he told DW.

"The foreign policy ideologues of the ruling Polish party are motivated by a Polish pivot towards Turkey with the intention of confronting Russia," he added.

So far, however, Turkey is extremely afraid of provoking Russia due to the political and economic costs and will most probably try to keep its balancing act between Russia and NATO as long as possible.

PISM's Karol Wasilewski said that the drone deal with Poland was giving Turkey "a huge economic and political boost." On the one hand, the acquisition by the first NATO country was an "image boost for the Turkish defense sector," which may result in bigger deals to come.

"On the other hand, it gives a clear substance to Turkey's narrative that it contributes to the alliance's deterrence policy towards Russia — a message Turkey has been trying to underline on nearly every occasion since Joe Biden took office," Wasilewski told DW.

At the same time, though, there is growing concern in the West that Warsaw could fall into China's orbit via Turkey's close investment ties and infrastructure cooperation under Beijing's Belt and Road initiative. It is feared that a closer alliance between the governments in Ankara and Warsaw, with active support from China, could initiate the most serious shift in Poland's international policy since joining the EU and NATO.