Turkish authorities say that thousands of people may have unwittingly been redirected to a messaging app that Turkey associates with last year's alleged coup plotters. Some 1,000 people could be released imminently. 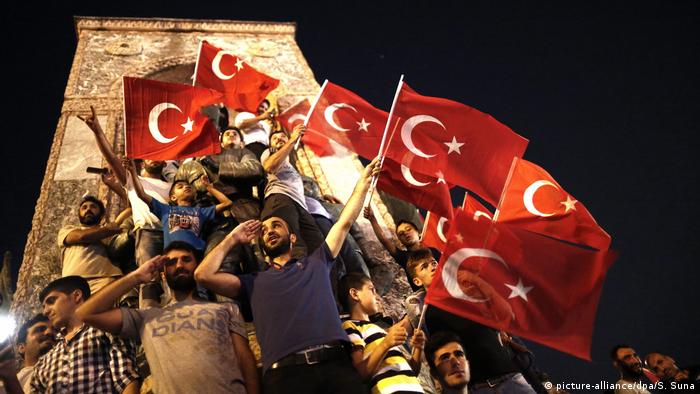 Turkish authorities said on Wednesday that almost of half of the 23,000 people arrested in part because they had used the encrypted ByLock mobile phone app, which authorities connect to last year's failed coup, would have their legal cases reviewed. It follows findings that the suspects may have been unwittingly redirected to the messaging application, which prosecutors deem incriminating.

According to the Turkish goverment, the app was widely used by the followers of US-based cleric Fethullah Gulen, who Ankara blames for orchestrating the July 2016 coup attempt.

According to state media, Ankara's Attorney General Yuksel Kocaman said he would ask that the nearly 1,000 people be released unless there was further evidence against them, besides having used ByLock. Of roughly 215,000 ByLock users in Turkey, around 23,000 have been detained. 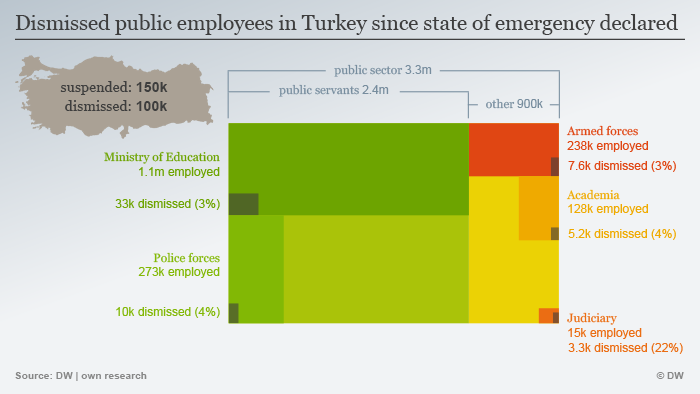 This information was compiled in July 2017

According to the Ankara prosecutor's office, many of those detained may have been redirected to ByLock without their knowledge or consent by an entirely different app.

"As a result of a detailed examination, it has been determined that 11,480 GSM number users with similar properties in terms of connection data parameters were unwittingly re-directed to ByLock Internet Protocols," the office said.

Kocaman added that the Gulen's network had developed the ByLock redirection program to make it more difficult for authorities to trace real users.

Since last year's failed putsch, in which 250 people were killed, Turkey has arrested some 50,000 people and purged a further 110,000 from civil service jobs. Turkey and its president, Recep Tayyip Erdogan, say that the mass arrests are a response to continued security threats facing the country since the coup.

Activists and rights groups, however, have decried the crackdown as an attempt by Ankara to muzzle government dissent.