Ever since Turkey's attempted 2016 coup, a growing number of books have been outlawed and confiscated, with some even being considered evidence for certain crimes. Publishers, authors and readers are deeply concerned. 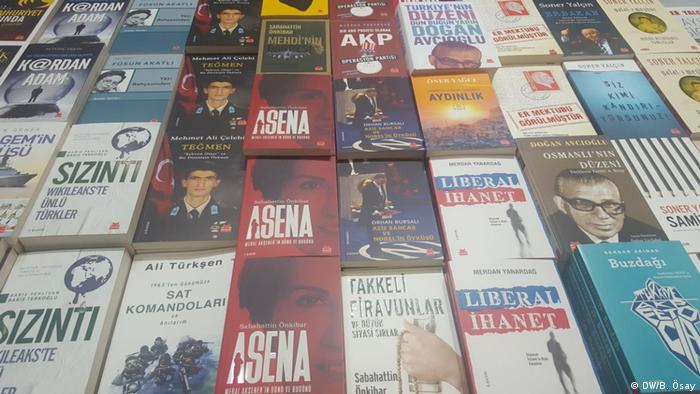 "Early in the morning, when we wanted to deliver the manuscript to the publishing house, we were arrested. All our notes that had something to do with the book, as well as all computers — in other words basically everything — was confiscated. We then decided to write the book anew in jail. As we were not allowed to use a computer or a typewriter, we wrote it all down with a pencil. As we were in different cells, we sent each other our texts."

Baris Terkoglu describes how the book "Sızıntı: Wikileaks'te Ünlü Türkler" ("The Leak: The Popular Turks of WikiLeaks")came into being. He wrote the work together with his colleague Baris Pehlivan in jail. Both journalists were accused of being members of the terrorist organization Ergenekon. The group was alleged to have been preparing for the overthrow of Recep Tayyip Erdogan. After 18 months in jail, Terkoglu and Pehlivan were released in 2012.

The distribution of their second book, "Mahrem: Gizli Belgelerde Türkiye'nin Sırları" ("Discreet: The Secrets of Turkey in Secret Documents"), was hampered in late September. A court ruled that selling the book online was forbidden, along with any publicity or social media postings for the book. The ruling claimed that the personal rights of an AKP member of parliament mentioned in the book were being violated.

Read more: Opinion: That's not how the rule of law in Turkey should work

According to the Turkish publishers' association, the ruling in fact constitutes a prohibition, as it has made it impossible for readers to acquire the book. After an appeal was lodged against the ruling, the ban was partially lifted, and Terkoglu hopes the entire ban will be scrapped at some point. 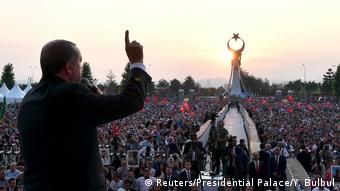 Journalist Fehim Tastekin doesn't share this hope. A court in the province of Adiyaman has already outlawed his work "Rojava: Kürtlerin Zamanı" ("Rojava: The time of the Kurds") together with two other earlier works. Tastekin would be quite surprised if the ban were to be lifted.

The court argued that Tastekin's book contained elements hinting at a terrorist organization. In Tastekin's eyes, "the ruling opened a new chapter by making this decision about the book," in that the judicial system had now described a book directly as a "terrorist organization" for the very first time. And that, he thinks, is the real scandal.

Tastekin fears the state could now launch criminal proceedings against him, a reality his lawyers think is quite possible. Dozens of journalists and authors have been imprisoned in Turkey in the last year, most arrested following the attempted coup on July 15, 2016.

Spinoza and Camus: Members of a terror organization?

Following the coup attempt, a state of emergency was declared in Turkey. According to Turkish publishers, a total of 30 publishing houses have since been closed by decree, while more than 670 books have been confiscated for allegedly serving as "propaganda of a terror organization."

Another 135,000 books have been banned from public libraries on the same or similar grounds. Some works by Louis Althusser, Server Tanilli and Nazım Hikmet have even been considered as evidence for criminal actions. Baruch Spinoza, one of the most renowned philosophers of the 17th century, as well as 20th century French writer and philosopher Albert Camus, have been accused of having been members of terror organizations. A farmer was arrested for owning their works, even though he himself is illiterate.

According to numerous advocates, these actions violate the freedom of expression protected by the country's constitution, in addition to limiting freedom of information. But it's not just courts making the life of authors difficult. A few years ago, critic Ihsan Eliacik was verbally and physically threatened to such an extent that he was unable to attend a book fair. A similar situation occurred during the recent International Istanbul Book Fair, which ended on Sunday, when author Sabahattin Onkibar was attacked by a group of 10 aggressors as he signed his books. 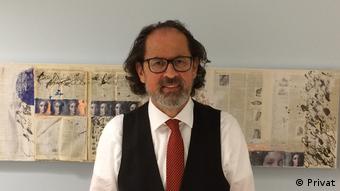 Kocaturk has called on his countrymen not to give up hope

A total of six lawsuits have been filed against the work, among other claims, for being a "public insult of the state and the government," and "an insult to the president." However, the book's author has been exonerated from the claim of having carried out terrorist activities.

Kenan Kocaturk, the head of Turkey's Publishers' Association, hopes the repression doesn't get worse. "All that we can do right now is to keep up hope," he said. "Things cannot go on like this. We have witnessed similar events in the past, following the military coups on September 12, 1980, and March 12, 1971. We simply hope that the book bans, and the persecution of authors, will diminish. There's nothing else we could possibly say."

Turkey is imprisoning intellectuals, but regime-critical author Ece Temelkuran has chosen to stay in Istanbul. She tells DW why what's happening in Turkey is relevant to all of us. (14.11.2016)

Sebahattin Onkibar, who recently penned "Asena," on the political life of Erdogan-challenger Meral Aksener, was attacked while signing autographs. The Turkish Publishers Association has condemned the incident. (05.11.2017)