Turkey: Three sentenced to 125 years for murder of refugee toddler

The three human traffickers were responsible for the death of 3-year-old Syrian refugee Alan Kurdi and five others. Images of Kurdi's body made international headlines in 2015 during the European migration crisis. 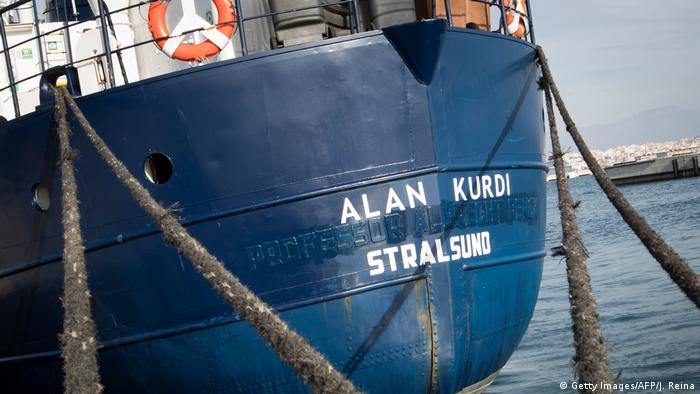 A Turkish court on Friday handed three suspects convicted for the murders of a Syrian toddler Alan Kurdi and five others 125 years in prison each, according to state news agency Anadolu.

Turkish forces captured the three men, who were organizers of human trafficking, earlier this week in the southern Adana province. The Bodrum High Criminal Court in Mugla sentenced them for "killing with eventual intent," Anadolu said.

The sentence comes four and a half years after Kurdi's lifeless body washed up on a beach near the resort city of Bodrum in Turkey's Mugla province, which borders the Aegean Sea. Five other refugees who shared a boat with him were also found dead.

Read more: An image that touches us all

A number of other Syrian and Turkish defendants have received prison sentences for their role in the incident, but the three defendants sentenced on Friday had fled during the trial.

Kurdi made headlines worldwide when the image of his body became an icon for the 2015 migration crisis. The image resonated particularly strongly in Germany, which went on to take in more than 1 million refugees during the mass migration.

In February 2019, the German charity Sea-Eye named one of its rescue ships after the 3-year-old Syrian boy (pictured above).

The EU is skeptical about rumors that Turkey may let more Syrian refugees into Europe, pointing out that the "refugee deal" is still in place. But just how dependent is the EU on Turkey? (28.02.2020)