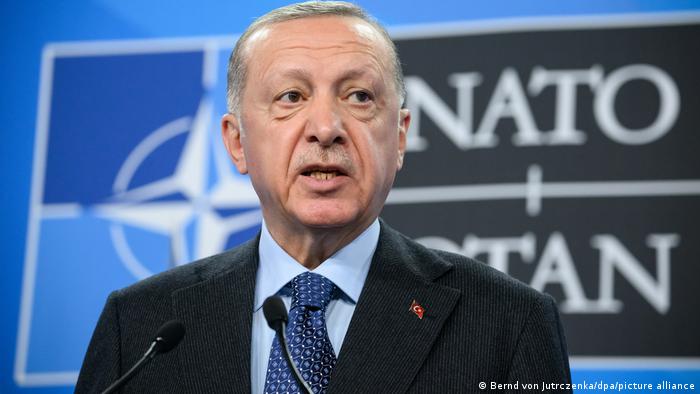 Turkish President Recep Tayyip Erdogan said on Monday that he would freeze the bids from Finland and Sweden to join the NATO alliance if they do not keep the promises they made to secure Turkey's support last month.

The bids from Sweden and Finland — who decided to join NATO after decades of neutrality following the Russian invasion of Ukraine — were initially blocked by alliance member Turkey over claims that the Scandinavian countries were supporting "terrorism."

The three countries signed an agreement at a NATO summit in Madrid in July, which saw Ankara lift its veto in exchange for pledges from Stockholm and Helsinki on counterterrorism and arms exports.

Erdogan, however, has renewed his threat of vetoing their accession if he believes the two bidding countries are not implementing their agreements. He added that Sweden is currently "not showing a good image."

What does Turkey expect from the agreement?

Public support for joining NATO shot up in both Sweden and Finland after Russia invaded Ukraine.

Their announced bids were initially warmly welcomed by NATO and most of its members, but Turkey threw up a roadblock to what many had considered would be a speedy process.

Ankara has accused both countries of supporting Kurdish militants and providing a safe haven for those who have fled Turkey. It has requested the return of individuals that Ankara has called "terrorists."

Erdogan has previously said that part of the agreement was for Sweden to extradite 73 people to Turkey to face trial. Sweden has denied agreeing to any such measures.

The Scandinavian country has taken in people fleeing from persecution in Turkey. Many of Erdogan's opponents — including lawmakers, human rights activists and journalists — have ended up in prison often on what are generally considered trumped-up charges.