Turkey seizes assets of Reza Zarrab, gold trader at center of US trial

Turkish prosecutors have ordered the seizure of Reza Zarrab's assets as he implicates top officials in a US trial. The trial is unveiling damning information about alleged corruption and money laundering in Turkey. 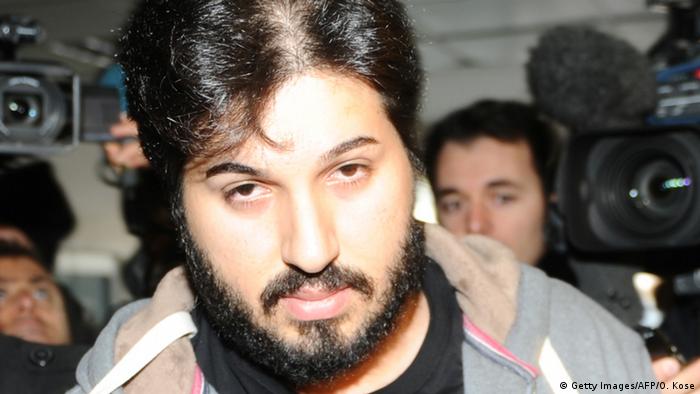 Turkish prosecutors on Friday ordered the seizure of assets belonging to Reza Zarrab, a Turkish-Iranian billionaire who turned into a witness for the US government in a New York trial centered on an alleged oil-for-gold Iran sanctions busting scheme.

Zarrab, who has pleaded guilty to seven charges as part of a plea deal with US federal prosecutors, has turned into the star witness in a trial against a Turkish banker accused of skirting US sanctions on Iran that started on Tuesday.

According to the Anadolu report, Zarrab is suspected of espionage against Turkey.

The only defendant now on trial in New York is Mehmet Hakan Atilla, the former deputy general manager of Turkish state-owned bank Halkbank. He is charged in a conspiracy that involved bribes and kickbacks to high-level government officials, charges he has denied.

Seven other defendants are accused of being involved, including former Turkish Finance Minister Zafer Caglayan and ex-General Manager of Halkbank Suleyman Aslan. All remain at large in Turkey. 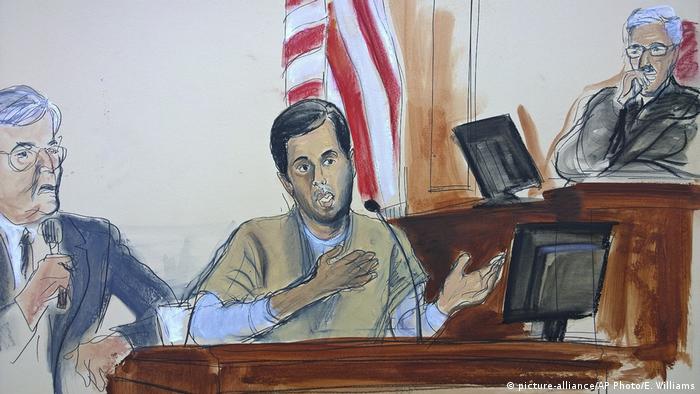 On Thursday, Zarrab testified that in 2012 Turkish President Recep Tayyip Erdogan, who was then prime minister, and ex-Treasury Minister Ali Babacan had approved the oil-for-gold scheme that allegedly enabled Iran to get around US sanctions.

He said the two had given "instructions" to Halkbank and Turkey's Aktif Bank to participate in the scheme.

US District Judge Richard M. Berman said audio recordings of the conversations between Erdogan and Babacan would be heard in court as evidence next week.

The Turkish government has previously accused the Gulen movement, which it blames for last year's failed coup attempt, of illegal wiretapping or creating fake audio recordings.

It has also accused US prosecutors and judges of being tied to the Gulen movement.

On Wednesday, Zarrab said he paid former Finance Minister Caglayan between 45 and 50 million euros (more than $50 million) in bribes in 2012 and 2013 in order to secure his help in evading US sanctions on Iran.

He also testified that he secured the help of Egemen Bagis, Turkey's former minister of European Union affairs, to process Iranian transactions through Turkey's Aktif Bank before working with Halkbank.

Zarrab was arrested in the US in 2016 while on vacation with his family. After turning to state's witness he is under FBI protection.

US prosecutors say the oil-for-gold scheme enabled hundreds of millions of euros in Iranian oil proceeds to move through the international banking system in violation of US sanctions.

The US trial is revealing damning allegations about corruption and a potential cover-up by the Turkish government and Erdogan.

Erdogan and other top Turkish officials have accused the trial of being a plot backed by US-based preacher Fethullah Gulen, whom the Turkish government blames for last year's failed coup attempt.

On Friday, Turkish Prime Minister Binali Yildirim said the trial was "no longer legal" and reiterated that Ankara believes it is politically motivated.

Erdogan and Turkish officials have said they have not broken Turkish or international laws.

The trial has added to already tense relations between the United States and Turkey.

Zarrab at center of 2013 corruption scandal

Zarrab was at the center of a December 2013 corruption scandal in Turkey that almost brought down then Prime Minister Erdogan's government.

Three ministers implicated in the corruption probe, including Caglayan, were ultimately forced to resign even though they claimed innocence.

Among the evidence prosecutors brought forward were shoeboxes of cash and luxury goods found with ministers, bankers and their relatives.

A wiretapped telephone conversation was later leaked, in which Erdogan allegedly told his son, Bilal, to conceal hundreds of millions of dollars in illicit money.

The Turkish government said the tapes were fake and part of a Gulen movement plot.

The charges against Zarrab and the ministers were ultimately dropped after Erdogan's government, who called the corruption allegations a coup attempt, sacked prosecutors and police working on the case.

The 2013 corruption scandal was the opening salvo in a power struggle between the government and the Gulen movement.

The spokesperson for Turkey’s main opposition party has claimed that millions flowed between Turkish President Erdogan's inner circle and an offshore company. Erdogan says the charges are fake. (01.12.2017)

Turkey has issued a warrant for the arrest of a former CIA officer, state media report. Officials accuse Graham Fuller, once a high-ranking US foreign intelligence agent, of having links to last year's failed coup. (01.12.2017)