Turkey has issued a warrant for the arrest of a former CIA officer, state media report. Officials accuse Graham Fuller, once a high-ranking US foreign intelligence agent, of having links to last year's failed coup. 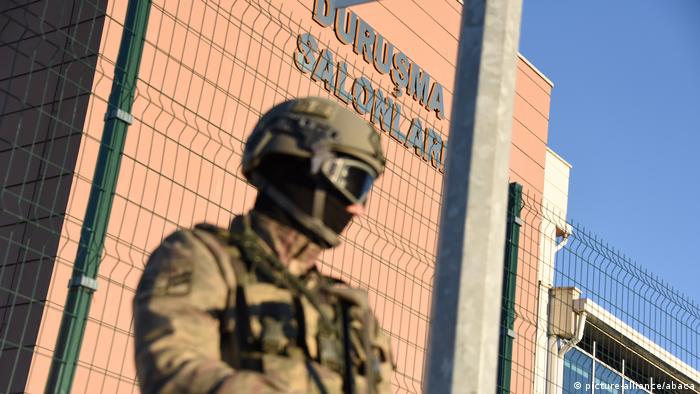 Turkey has issued a warrant for the arrest of Graham Fuller, a former high-ranking official with the US's Central Intelligence Agency, accusing him of links to the group blamed for the unsuccessful effort to take down President Recep Tayyip Erdogan on July 15, 2016. The warrant accuses Fuller of "violating the constitution," "attempting to overthrow the Turkish government or stop it from doing its duty," and gathering intelligence for "political or military espionage," according to the official news agency Anadolu.

Government officials now believe that they have the evidence necessary to confirm Fuller's whereabouts before and after the putsch, the daily newspaper Hurriyet reports. They believe that Fuller left Turkey after the coup.

Prosecutors have also issued an arrest warrant for the US-based Turkey scholar Henri Barkey on coup-related charges, media report. The prosecutor's office in Istanbul declined to comment on the matter. And news agencies could not reach Fuller or Barkey immediately for comment.

The accusations link Fuller and Barkey to the US-based Islamic cleric Fethullah Gulen. President Erdogan says the preacher and his supporters — called the Fethullah Terrorist Organization by the government — staged the coup, in which soldiers turned their tanks and helicopters on the state. By the end of the long night of fighting, 250 lay people dead.

US officials say Turkey has provided insufficient evidence to extradite Gulen. A former ally of Erdogan's, Gulen has condemned the coup and denies any involvement.

In 2006, Fuller wrote a letter supporting the cleric's green card application, later saying he had done so as a private citizen because he "did not believe that Gulen constituted a security threat to the US." Turkish officials say that support has proved instrumental to Gulen's remaining out of their reach.

In the long and expanding crackdown that has followed the coup, Erdogan's government has banned books; shuttered businesses, media outlets and schools linked to Gulen; fired or suspended more than 200,000 public employees; and imprisoned 50,000 people — including soldiers, journalists, academics, judges, two Turkish workers for US diplomatic missions and an American pastor. Earlier this week, officials issued warrants for the arrest of 360 more members of the military. Rights groups and some international leaders accuse Erdogan of cracking down on general dissent, but his government has called the purge necessary because of the gravity of the security threats that it faces.

The European Court of Human Rights is scheduled to hear the case of a German journalist with dual citizenship who has sat in prison in Turkey since February. A German rights advocate was released on bail in October after over three months of incarceration. Hundreds of Turkish officials have sought asylum in Germany in the year and four months since the crackdown began.