Turkey referendum: Could Erdogan resume executions? | Europe| News and current affairs from around the continent | DW | 24.04.2017

A reintroduction of executions in Turkey would theoretically be a red line for the European Union. Nevertheless, serious discussions are taking place in Ankara about resuming the death penalty. 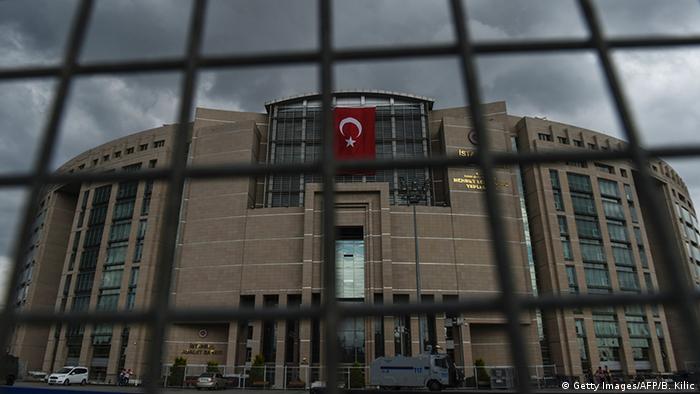 Shortly after Turkey's constitutional referendum on April 16, President Recep Tayyip Erdogan promised his supporters that he would speak with the prime minister and prominent parliamentarians about reintroducing capital punishment. Executions have not officially been used in Turkey for 33 years, and the death penalty was completely abolished through constitutional changes by 2004 - with the support of Erdogan's Justice and Development Party (AKP). Now, the president has decided to bring it back.

There have been repeated calls for the use of the death penalty in Turkey. One prominent case was after the 2015 murder of student the Ozgecan Aslan. After the 20-year-old defended herself from an attempted rape, her attacker set her alight and killed her. Public outrage followed, and many demanded that the killer be given the death penalty.

Since last July's failed coup, talk of executions has increased.  Many of Erdogan's supporters see the death penalty as the appropriate punishment for soldiers found to have been involved in the coup attempt - and for the preacher Fethullah Gulen, whom Turkey's government accuses of masterminding the putsch.

One question, the jurist Ibrahim Kaboglu said, is whether it could legally be used on people found to have participated in the coup. "In order give the soldiers involved in the coup the death penalty, it would theoretically mean that a second constitutional amendment would need to be implemented," he explained. This is because under paragraph 15 of the constitution, even in a state of emergency, a sentence cannot be retroactively altered. Kaboglu also said it would be difficult to argue for the legal imperative for the reintroduction of capital punishment.

A further issue is the European Convention on Human Rights, to which Turkey is a signatory. A reintroduction of the death penalty would be a violation of protocols 6 and 12. 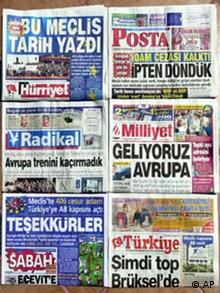 Turkish media celebrated the abolishment of the death penalty for peacetime offenses in 2002.

Presently, 59 countries officially use executions as punishment. One hundred and two have banned the death penalty. In six countries, capital punishment is applied in exceptional circumstances such as war crimes or breaches of military law. In the campaign for his referendum, President Erdogan often stated that he would support steps toward reintroducing the death penalty.

But the journalist Levent Gultekin believes that the position taken by the European Union will have a big impact on politics in Turkey. "The future attitude of the West will determine Erdogan's attitude and conduct," said Gultekin, who does not believe that capital punishment will be reintroduced. "I don't believe that he will want to completely tear down the relationship to the West and do something that will give him the stamp of being a dictator, such as Saddam Hussein or Moammar Gadhafi."

Another question is whether a majority of people would vote for the reintroduction of the death penalty in a referendum. Gultekin is of the opinion that people would not vote against it. "When group psychology is the deciding factor, people do not act reasonably, because then reason does not exist anymore - only psychology and conditioning," Gultekin said. "It is impossible for the people in such a psychological state to remain reasonable enough to be able to say 'no' to the death penalty when the leader calls for it."

The statements on this topic by European countries are explicit. The message that Brussels repeatedly sends is that the reintroduction of the death penalty would mean a breach of the accession negotiations with the European Union. Emre Gonen, a lecturer oninternational relations at Istanbul Bilgi University, said such a step would stall - and perhaps abort - negotiations, which have de facto already been put on ice.

The death penalty was last carried out in Turkey in 1984. Three hundred and sixty-seven of the Grand National Assembly's 550 parliamentarians could reintroduce it with a successful vote. Should that fail, 300 members could vote to hold a referendum on the matter. That was how Erdogan expanded his powers on April 16.