The Turkish leader said he was planning a campaign rally in Europe ahead of June elections. But several European countries, including Germany, have banned Turkish politicians from campaigning on their soil. 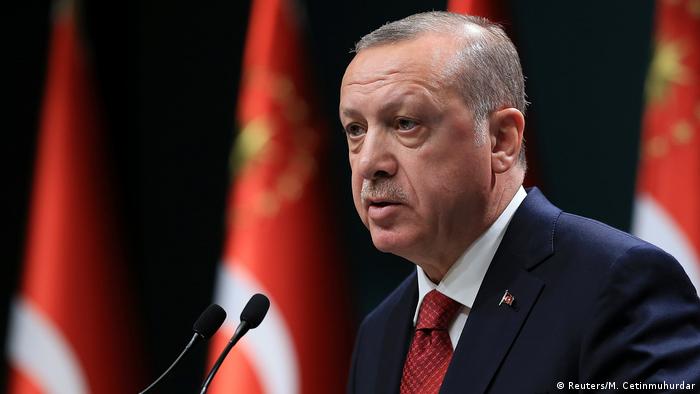 Turkish President Recep Tayyip Erdogan said on Tuesday he was planning to hold an election rally in a European city in May to reach out to Europe's Turkish communities ahead of snap parliamentary and presidential elections in Turkey.

Erdogan's plans could put Turkey on a collision course with the European Union, several of whose members have banned Turkish politicians from campaigning on their soil.

'All preparations are complete'

In a speech to members of his ruling AK party, Erdogan said:

Germany has banned foreign politicians from campaigning on its territory ahead of elections.

"Our view is clear. In the three-month period before elections in a foreign country, no election campaigning will take place in Germany," Foreign Minister Heiko Maas told reporters at the G7 meeting in Toronto, Canada.

Turkish referendum: The last time Turkish politicians tried to campaign in Europe was ahead of a 2017 referendum seeking constitutional changes. Then, authorities in Germany and the Netherlands, which have sizeable Turkish communities, prevented them from addressing rallies, citing security concerns. The cancellation of campaign rallies strained relations between the EU members and Turkey.

Snap elections in Turkey: Erdogan called for snap elections — set for June 24 — nearly a year and a half ahead of schedule to ensure Turkey quickly switches to the new executive presidency system that was approved in last year's referendum.

Austria has blocked Turkey's economy minister from entering the country to attend an anniversary marking last year's failed coup attempt. It is the latest ban on Turkish ministers in Europe that has enraged Ankara. (10.07.2017)