Turkey is pushing ahead with a trial against opposition lawmakers despite an international outcry. Germany's human rights commissioner has reiterated calls for the release of former HDP leader Selahattin Demirtas. 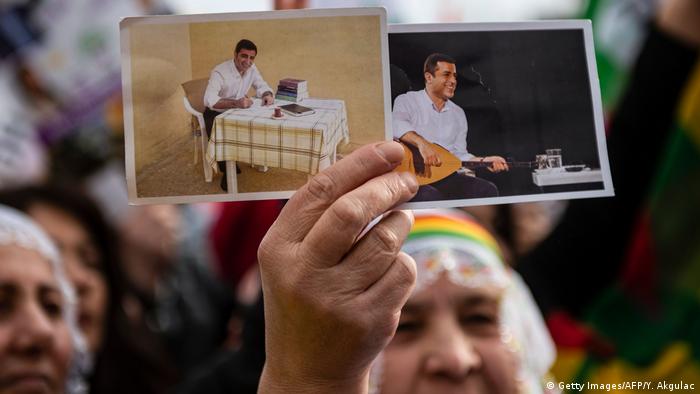 Selahattin Demirtas has been in jail since November 2016

A Turkish court has begun a trial against 108 individuals, many of whom are lawmakers from the pro-Kurdish People's Democratic Party (HDP), including former co-leader Selahattin Demirtas and Figen Yüksekdag.

The case — which has been highly criticized as politically motivated — revolves around protests in October 2014 against the Turkish government's lack of action regarding the siege of the Syrian city of Kobani by "Islamic State." Some 37 people were killed after the demonstrations turned violent. 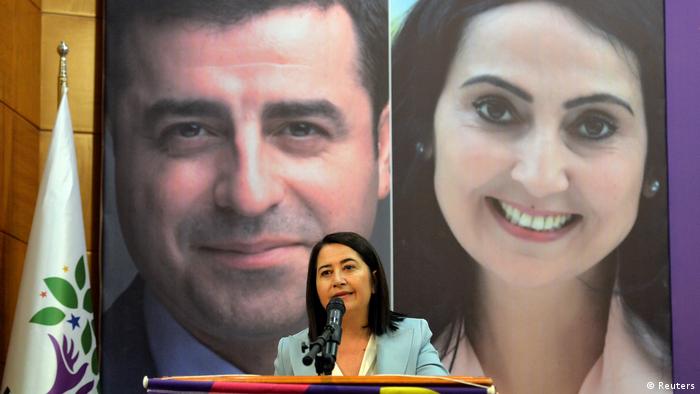 The defendants, including Demirtas (left) and Yuksekdag (right), are facing 29 different criminal charges

The defendants are facing 29 different criminal charges, including attempted murder, spreading terrorist propaganda and instigating violence against the Turkish state. The prosecution is seeking a total of 19,680 years in jail — they are seeking life sentences for 38 of the accused.

Turkey is 'meddling' with democracy

The German government's Human Rights Commissioner Bärbel Kofler called the trial an attack on democracy in comments to the Agence France-Presse on Monday.

"Whoever tries to criminalize political expression, is meddling with the fundamentals of democracy," she said.

Kofler said she would keep an eye on proceedings and called for the release of HDP co-leader Demirtas, in accordance with a ruling by the European Court of Human Rights.

"The harsh crackdown by Turkish authorities, repeatedly criticized on the international level, on the HDP and its members, fuels doubt that today's trial in Ankara is a suitable way of addressing the tragic events in relation to the so-called Kobani protests in 2014," Kofler said.

Basak Demirtas, wife of the arrested HDP co-leader, talked to DW about her doubts surrounding the legitimacy of the proceedings.

Campaigning for a jailed candidate in Turkey

"My husband was not guilty of anything and only stood up for democracy and peace. He is not to blame. Unfortunately, we see that the legal system in our country has not worked for a long time," she told DW.

"Therefore, it is not possible to predict what will happen. No matter what the outcome of the trial, we will continue the struggle."

What role does HDP play in Turkish politics?

The HDP is the second-largest opposition party in the Turkish parliament. Turkish President Recep Tayyip Erdogan has long considered the party to be the political wing of the militant Kurdish Workers' Party (PKK), which is classed as a terrorist organization.

HDP has denied any links, but this has not stopped Erdogan's Justice and Development Party (AKP) and its coalition partner, the far-right Nationalist Movement Party (MHP) from pushing for a complete legal ban of the pro-Kurdish party.

Demirtas has been held in the high-security prison in the northwestern city of Edirne since November 2016 despite a lack of major evidence against him.

Under his and other co-leader Yüksekdag's leadership, the party was able to gain support outside of traditional Kurdish regions and surpass the 10% electoral hurdle to enter parliament for the first time in 2015.