Turkey has requested Germany criminally prosecute a comedian for insulting Turkish President Erdogan. Prosecutors are already looking into the case. 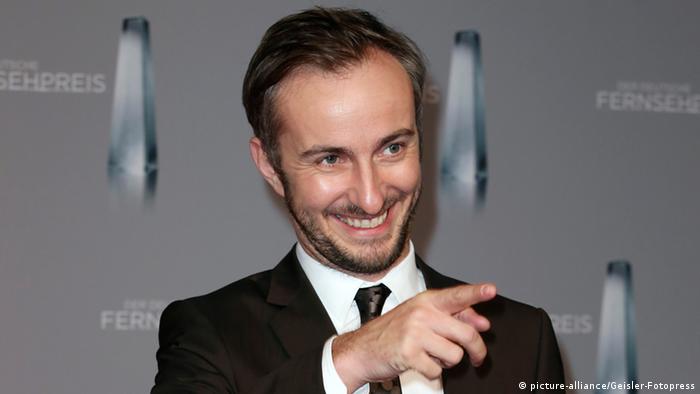 Böhmermann, an award winning comedian and host of late-night talk show Neo Magazin Royale, added gas to a diplomatic spat between Germany and Turkey over free speech with his March 31 show on public television.

Böhmermann aired the poem after Turkish officials called in Germany's ambassador to protest a satirical song aired on NDR, another public broadcaster, that had lampooned Erdogan in much tamer language. That two-minute clip, "Erdowie, Erdowo, Erdogan," took aim at the president for his alleged spending excesses and his government's crackdown on civil liberties.

While the German government defended freedom of expression in the case of the satirical song, Angela Merkel criticized Böhmermann poem as "deliberately offensive" and discussed the matter with Turkish Prime Minister Ahmet Davutoglu.

After officials removed Böhmermann's clip from the air and internet, the comedian said he and his employer had "demonstrated the limits of satire in Germany - finally!" Although the clip can still be found through Google, ZDF has combed YouTube to remove links.

German prosecutors have started an investigation into whether to start criminal proceedings against Böhmermann under laws that criminalizes insulting foreign institutions and representatives. Such an investigation could only be launched if Erdogan requests it and German authorities find enough evidence to pursue prosecution.

Normal in Turkey, but in Germany?

The prospect of a well-known German comedian being prosecuted for insulting Erdogan, who since 2014 has filed more than 1800 criminal cases against ordinary Turkish citizens, journalists and politicians for insults, has caused a stir in Germany.

Even minors have had cases filed against them, and in one instance a doctor was fired for posting a meme comparing Erdogan to the character Gollum in the "The Lord of the Rings."

The defamation cases are part of a growing crackdown on freedom of expression and the press under Erdogan's increasingly authoritarian rule.

The failure to stand up for free speech in Germany has led to accusations that Merkel's government is kowtowing to Erdogan because Europe needs Turkey's cooperation in stopping the flood of refugees to the EU.

In an open letter to Böhmermann in the German newspaper "Die Welt" on Sunday, the chief executive of media giant Axel Springer, Mathias Doepfner, defended the comedian, calling the satire "priceless" and a "work of art."

As mayor of Istanbul Erdogan was once imprisoned for four months in 1999 on charges of "inciting hatred based on religious differences" for reading a poem by Turkish nationalist ideologue Ziya Gokalp that was infused with Islamic references.