The Netherlands has taken over the rotating presidency of the European Union, at something of a challenging time. Amid disputes about migration, austerity and strife with Russia, the bloc's solidarity appears stretched. 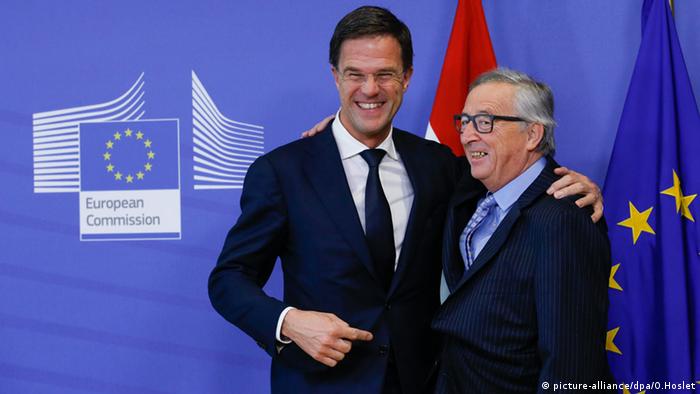 The Dutch government took the helm of the 28-member bloc on Friday, admitting that it was not the easiest time to assume the presidency.

Europe's influx of migrants as well as the threat of terrorism and geopolitical changes in the east were all creating difficulties for the EU, a Dutch government report into the state of the EU said. The document went on to point out the "the threat of fragmentation" within the bloc.

"The EU is being severely put to the test," said the report.

The Netherlands is experienced at holding the EU's six-month-long rotating presidency, having already taken on the mantle 11 times. This time around, the pressure of organizing high-level meetings and brokering legislative deals will be all the greater.

"It is incumbent on the Netherlands to help the EU find common solutions in these turbulent times," the state of the union report reads. "Unity and resolve are needed at all levels."

Problems at home and abroad

The government of Dutch Prime Minister Mark Rutte says migration and international security will be among its priorities, as well as innovation, job creation and the shaping of a robust eurozone.

"The Dutch presidency will have to cope with a difficult six months ahead of us," EU foreign policy chief Federica Mogherini said during a recent visit to The Hague.

More questions about Britain's future within the EU are set to arise during the Netherlands' presidency, with prime Minister David Cameron seeking reforms that would make continued UK membership of the EU easier to sell to British voters in a referendum. Such a vote could come during 2016, and negotiations on EU reforms are scheduled to finish in the first half of the year.

The Netherlands faces some level of discord even within its own borders. Dutch voters will in April be asked to vote on the recognition of a trade deal between the EU and Ukraine. A rejection of the deal during the Netherlands' presidency would, although non-binding, be a source of embarrassment for Rutte's government.

Euroskepticism is flourishing in the Netherlands too, with anti-immigration and anti-Islam politician Geert Wilders leading the charge against Brussels.

The EU presidency was previously held by Luxembourg, with Slovakia set to take over in July.

German Chancellor Olaf Scholz said the decision sent a "strong signal of unity." However, the compromise took almost a month to reach, on a gradual ban that will not apply to pipeline imports.

EU leaders have voted to promote Ukraine and Moldova to candidate status. Joining the bloc, though, will likely take years, with reforms to conform to European standards still required.