Tunisia to get second new government in six months

PM designate Hichem Mechichi has announced his cabinet and pledged to focus on reviving a flagging economy. However, coalition party Ennahdha is unhappy at being sidelined during the formation of the new government. 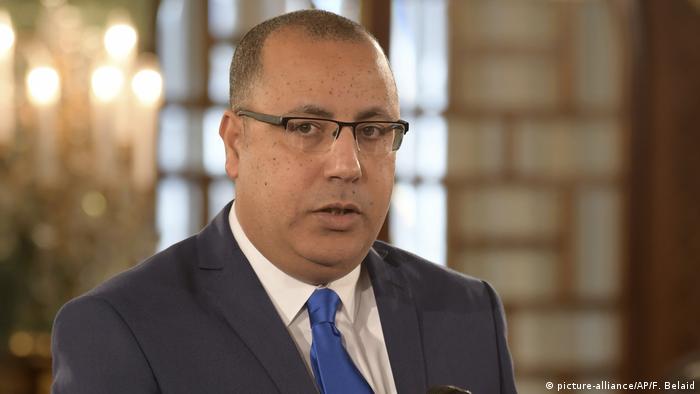 The new cabinet must now win a confidence vote from lawmakers, many of whom are enraged at how the cabinet was formed.

Mechichi had previously said he would form an administration with independent technocrats in order to "present urgent solutions" for a country where an ailing economy has been damaged further by the coronavirus pandemic.

However, the 46-year-old's decision to bypass talks with political factions had frustrated, among others, the Islamist party Ennahdha, which has been seeking a "political" government reflecting the various forces within parliament.

Ennahdha won the most seats in last year's election but fell far short of a majority and eventually agreed to form a coalition government.

The party is deeply unhappy at being sidelined in the latest process, yet it has also expressed a wish to avoid fresh elections, something that could be sparked if the newly created cabinet is not approved.

Mechichi told reporters he had chosen to form a government composed of "independent expertise," with only a few outgoing ministers included in the line-up.

The former interior minister was appointed head of government last month by Tunisian President Kais Saied after former Prime Minister Elyes Fakhfakh resigned over allegations of a conflict of interest. In being elevated to his new position, Mechichi became the third politician to hold the office of prime minister in less than a year.

In the Moroccan city of Fez, Fatima al-Fihri founded a mosque which developed into the famous al-Qarawiyyin university. Today it is recognized as the oldest existing university in the world.