In Tunisia, a large group of suspects has been arrested in connection with an attack on a museum that killed more than 20 people. The attack was claimed by a group linked to the extremist "Islamic State" movement. 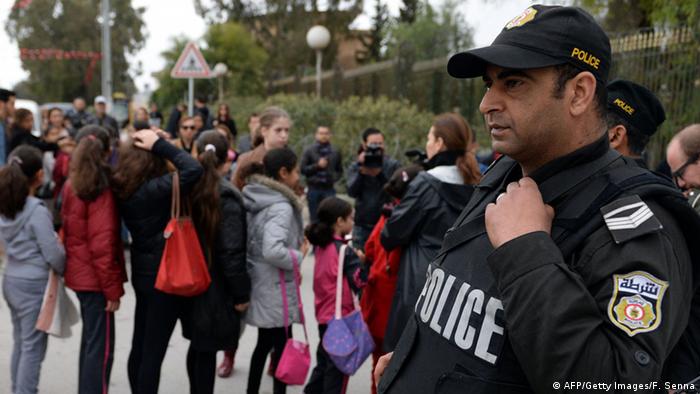 Tunisian Interior Minister Najem Gharsalli told journalists on Thursday that at least one woman was in the group of 23 suspects taken into custody over the incident on Thursday.

Just over a week ago two gunmen stormed the Bardo Museum in the country's capital, killing 20 foreign tourists and a local policeman.

Among those arrested was the head of the cell, identified as Mohamed Emine Guebli.

All of those arrested are Tunisian, although another Tunisian, two Moroccans and an Algerian were still on the run.

Gharsalli expressed confidence that "80 percent of this cell" had been broken up.

Terrorist group "Islamic State" ("IS") claimed responsibility for the attack.

But the Tunisian government called this into question, saying the assault was coordinated by an Algerian jihadist called Lokmane Abou Sakhr, who belongs to the Oqba Ibn Nafaa brigade.

This group is the main Tunisian movement active along the country's borders, and is linked to al Qaeda, who are sworn rivals of IS.

"But on the ground it was Oqba Ibn Nafaa which belongs to al Qaeda in the Islamic Maghreb, that organized and committed this crime," he said.

If IS is confirmed as being behind the attacks, it will be its first in Tunisia.

The detained suspects are to appear in court later on Thursday.

A march against terrorism will be held in Tunis on Sunday, with French President Francois Hollande among those expected to attend.

A woman has been detained in southern Germany on suspicion of aiding the terror group "Islamic State." Prosecutors believe she may have helped organize money transfers to militants in the Middle East.