′TTIP serves the major corporations′ | World | Breaking news and perspectives from around the globe | DW | 23.05.2014

The TTIP trade agreement between the US and the EU is continuing to cause a major row in Europe. Economist Christoph Scherrer tells DW that the corporations' right to file lawsuits will be particularly problematic. 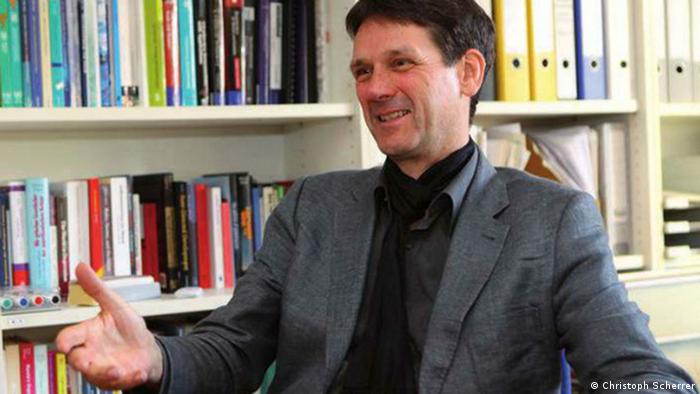 DW: The planned free trade agreement between the US and the EU (TTIP) has been debated for months now. How useful will it be from your point of view?

Christoph Scherrer: It seems to me that it mainly serves the interests of the corporations. Neither consumers' nor workers' organizations were consulted ahead of the negotiations. The catalogue of demands is fundamentally an image of the demands of the major industry associations.

One of the points of contention is the corporations' new right to take legal action. Some fear that parliamentary decisions could be suspended if companies feel unfairly treated by new legislation. How justified is this fear?

The idea that companies can sue states is completely new for any trade agreement between states that have well-developed legal systems. And it is one of the most problematic aspects of the planned deal, because it means the creation of a parallel legal system that is fundamentally controlled by corporations. 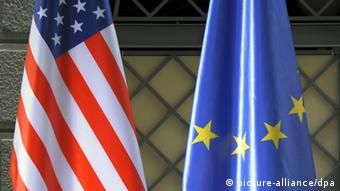 The TTIP offers corporations a number of new opportunities

Highly specialized lawyers will man the courts of arbitration, and they will be appointed on an ad hoc basis while they represent the corporations the rest of the time. This wouldn't be an independent judiciary controlled by political bodies representing the people. Such a right to take legal action is not compatible with the rule of law.

Why should such a regulation even be necessary?

The corporations realized that democratic decisions sometimes lead to changes in their investment opportunities. The best example is the transition to renewable energy in Germany: there is an energy agreement with around 40 states in Central Asia and Europe that includes this provision for legal action. The energy giant Vattenfall is now exploiting that to sue Germany.

In other words, a democratic decision is being questioned and corporations are being given the opportunity to claim compensation for profits that they may have made in the future. This compensation is expensive and could lead to future elected representatives having these costs in the back of their minds in the future - and then not making certain decisions on that basis.

Another fear is that consumer standards will be lowered to the lowest common denominator. In what areas are there the biggest imbalances?

Data protection, in my opinion. Big US corporations have a huge interest in using user data on the internet to make targeted advertisements. This is particularly problematic when it comes to patients' data, which these companies also have their eye on. There is much greater protection for this data in Europe than in the US.

Do such agreements necessarily reduce standards? Couldn't the deal raise them too? 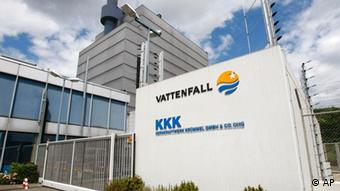 Vattenfall is suing Germany over its transition to renewables

I don't know of any agreements where this has happened. Trade deals always aim to lower standards so that international competition gains access to new markets.

Supporters say the deal will hand companies a larger turnover - and therefore create more jobs. Is that a good argument?

Various studies have shown that there will be more jobs in the future. But I'm skeptical. A study from the Institute for Economic Research (Ifo) projected up to 180,000 new jobs. Considering there are 41.5 million jobs in Germany that isn't very many. On top of that it is not clear by when these new jobs are supposed to be created. The Ifo's calculations don't take fluctuating currency rates into account, and these might be larger than the tariff rates. Currencies often have much more influence on transatlantic trade than tariffs.

In fact, there is usually a loss of jobs in the period immediately following a new trade agreement, because there is an adjustment to the new competition. When the profits begin to roll in, there may be new jobs. In the case of the trade agreement between the US and Mexico, for example, a lot of people were laid off in the initial phase, but the jobs were created again afterwards - though with significantly lower salaries.

Another argument for TTIP is that small and mid-sized companies will profit because products no longer need to be approved for two separate markets - saving on costs. What do you say to that?

Small and mid-sized companies are normally put under increased pressure by such trade agreements because they fall further behind big companies with a bigger output. I don't think the fact that they no longer have to manufacture products for two different markets compensates for this.

Christoph Scherrer is director of the Globalization and Politics department of the University of Kassel, Germany, and director of the International Center for Development and Decent Work (ICDD).

As negotiators from the European Union and the United States meet again to iron out the details of the envisaged free trade deal, criticism against the pact, however unjust, is getting louder, says DW's Henrik Böhme. (22.05.2014)

German Deputy Chancellor Sigmar Gabriel said on Monday that an EU-US trade agreement would not mean lower standards for Europe. Gabriel had invited EU and US trade representatives for a meeting in Berlin. (05.05.2014)