US President Donald Trump has accused Harley-Davidson of using tariffs as an excuse to move production for European customers overseas and threatened the motorbike maker with a "big tax" on its imports to the US. 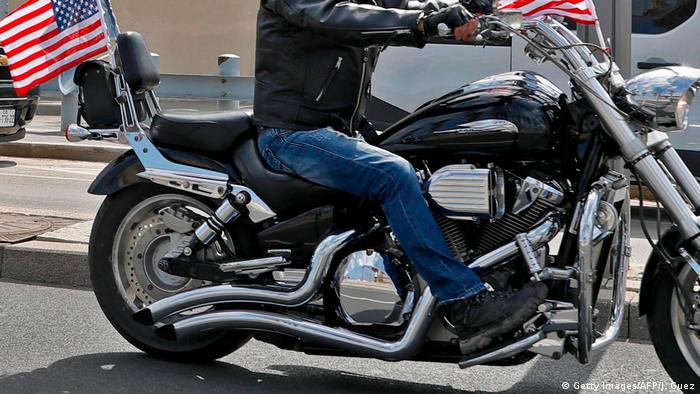 Harley-Davidson's announcement to move some work from the United States came Monday as the maker of the iconic motorcycles also saw itself confronted with higher steel costs following tariffs enacted by the US administration.

American President Donald Trump had frequently embraced the firm as an emblematic US industrial company, but Harley-Davidson's decision to move some work overseas to avoid retaliatory EU duties left him disappointed and upset.

In a series of early-morning tweets on Tuesday, he accused the Milwaukee-based company of using new EU tariffs on motorbikes as a cover for an existing plan to shift some production abroad.

In a seperate tweet, the US president expressed his disappointment about Harley-Davidson's management and warned that they would risk the company's worldwide reputation as a first-class motorcycle manufacturer. He said that a Harley-Davidson should "never be built in another country — never."

"Their employees and customers are already very angry at them. If they move, watch, it will be the beginning of the end — they surrendered, they quit! The Aura will be gone..."

Taking his criticism of Harley even one step further, Trump threatend to "tax them like never before" should the company dare to export its foreign-made motorcycles to the US.

Unfazed by Trump's criticism, Harley-Davidson suggested it had no other choice after the European Union hit US motorcycles with duties of 31 percent last Friday, up from just 6 percent, boosting the cost to EU consumers by about $2,200 (€1,800).

Moving production overseas is expected to require nine to 18 months, meaning that in the near term the company will absorb the costs of higher EU tariffs. That will add an estimated $90 million to $100 million in costs annually.

"The problem isn't that Harley is unpatriotic — it's that tariffs are stupid; they're tax increases on Americans and they don't work," he said.

Some analysts expect to see more instances of company shifts when the second-quarter earnings season kicks off next month.