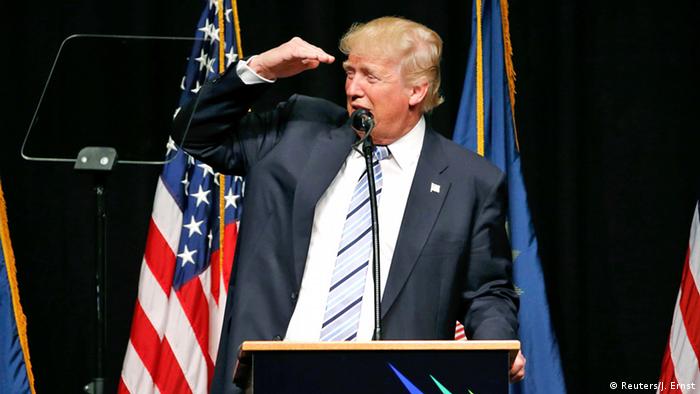 Trump, the presumptive Republican presidential nominee, promised on Thursday to roll back some of America's most ambitious environmental policies, actions that he said would revive the ailing US oil and coal industries and bolster national security.

The New York billionaire has never concealed his contempt for environmental protection. But in a wide-ranging speech delivered to energy executives and employees, he took aim at the landmark Paris climate change agreement signed last year.

"Any regulation that's outdated, unnecessary, bad for workers or contrary to the national interest will be scrapped and scrapped completely," Trump told about 7,700 people at the Williston Basin Petroleum Conference in Bismarck, the capital of oil-rich US state of North Dakota. "We're going to do all this while taking proper regard for rational environmental concerns."

His comments on energy policy Thursday came as reports emerged that he had now officially secured the necessary 1,237 Republican delegates to receive the party's nomination for president at its convention this summer.

Trump blamed the administration of US President Barack Obama for obstructing domestic energy production. But the numbers tell a different story. An ongoing oil boom has raised US production to record levels and cut US gasoline prices to about $2.30 per gallon (0.54 euros per liter).

The United States has been the world's top producer of petroleum and natural gas for the last four years, according to the US Energy Department.

But industry executives cheered Trump on.

The comments - which green groups openly mocked as ill-conceived and incoherent - paint a stark contrast between the New York billionaire and his Democratic rivals for the White House, Hillary Clinton and Bernie Sanders, who advocate investment in renewable energy technologies to combat climate change.

The Thursday speech was the first illumination of a coherent energy policy after a long period of a campaign short on details.

Trump has already gone on record saying he believes global warming is a hoax, that his administration would revive the US coal industry, and that he supports hydraulic fracturing - an environmentally risky drilling technique that has triggered a boom in US production.