Negotiators from almost 200 countries are meeting in Bonn to hammer out a "rule book" for putting the Paris Climate Agreement into practice. Trump's threat to pull out of the accord is putting a damper on the UN talks. 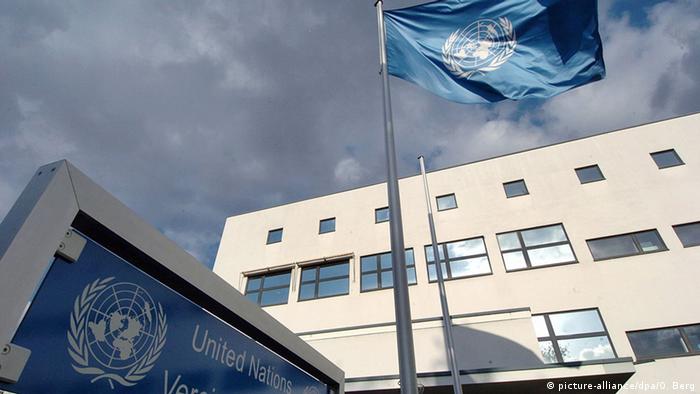 Around 3,000 delegates have converged on the western German city of Bonn on Monday to begin drafting detailed rules designed to guide member countries through implementing the pact.

Under the Paris deal, negotiated by world leaders in November 2015, nations agreed to nonbinding pledges to cap or reduce greenhouse gases emissions and limit global warming to a maximum of 2 degrees Celsius (3.6 degrees Fahrenheit) above pre-industrial levels.

The 11-day talks in Bonn will focus on specifics like how countries can report information about their emissions, with a final "rule book" due to be completed by 2018.

However, growing concerns that United States President Donald Trump could withdraw from the deal have cast a shadow over the discussions.

"Obviously, the speculation coming out of Washington is now at the top of our minds," environment and energy minister Thoriq Ibrahim of the Maldives told news agency Agence France Presse.

Paula Caballero, who heads the climate program at the Washington-based World Resources Institute (WRI), said the situation had created "a difficult backdrop" for the talks.

Environment groups fear the accord will be undermined if the US - the world's largest economy and second-largest carbon polluter - cans the deal.

The landmark Paris accord was a breakthrough after years of tough negotiations. The final diplomatic push, led by former US President Barack Obama and China's Presdent Xi Jinping, among others, resulted in 195 countries making climate change pledges.

Read more: Bill McKibben on why Trump should fear a people's awakening

The conference in Bonn is the first round of talks under the UN's climate convention (UNFCCC) since Trump entered office. It comes ahead of the major "conference of parties," or COP23, later this year, also in Bonn.

Trump is expected to announce within weeks or possibly as early as within the next few days whether he will follow through on his oft-repeated campaign threat to "cancel" the agreement. 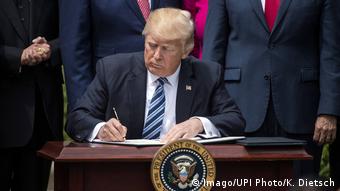 Will Trump stay in the climate pact?

In the leadup to that decision, a number of politicians, business leaders and nongovernmental organizations have urged Washington to not walk away.

"The fact that 195 countries agreed on binding targets is a huge achievement that shouldn't be undermined," Jochen Flasbarth, state secretary of the German Environment Ministry, told the German Press Agency Monday in Bonn.

Another appeal came from Fijian Prime Minister Voreqe Bainimarama, who is presiding over the next round of high-level talks in November. "Don't let the whole team down by leaving when we have a clear game plan and have put so many scores on the board," Bainimarama said.

Separately on Monday, more than 200 institutional investors signed a letter urging governments to implement the Paris Agreement and shift to a low-carbon economy, despite Trump's threats.

"We believe that the mitigation of climate change is essential for the safeguarding of our investments," the letter said.

Is fake news bad for renewables?

'Much smaller US delegation'

The US has said that it will continue attending UN climate change meetings, even though its commitment to the Paris Agreement remains unclear.

A State Department official said a US delegation would travel to Germany, though it would be "much smaller" than in previous years, and would aim to ensure "that decisions are not taken ... that would undermine the competitiveness of US businesses, or hamper our broader objective of advancing US economic growth and prosperity."

Under the Paris deal, the US committed to cut its emissions 26 to 28 percent by 2025, compared to 2005 levels. A number of regulations implemented by Obama to help meet that target have been dismantled since Trump entered into office.

Trump has also proposed plans to cut US funding for the UNFCCC, for US climate research, for the UN climate science panel, and for the Green Climate Fund that helps poor countries fight global warming.

It's still unclear what the implications of the US leaving the deal could be. A conservative politician in the Australian government said his country was committed to the agreement, but added that the US pulling out would "change the nature of the agreement."

Even if Trump does opt to leave, stipulations in the deal mean the US would likely have to remain until the end of 2020 - when the next US presidential election is scheduled to occur.

Hard to grasp, but true: Google and other large firms are donating large sums of money to the climate skeptic scene. How does that square with an otherwise meticulously managed image as an ecological innovator? (02.05.2017)