US President-elect Donald Trump told "The New York Times" the investigation into potential Russian interference with the election was unfair. After a briefing by intelligence officials, he pledged action on cyberattacks. 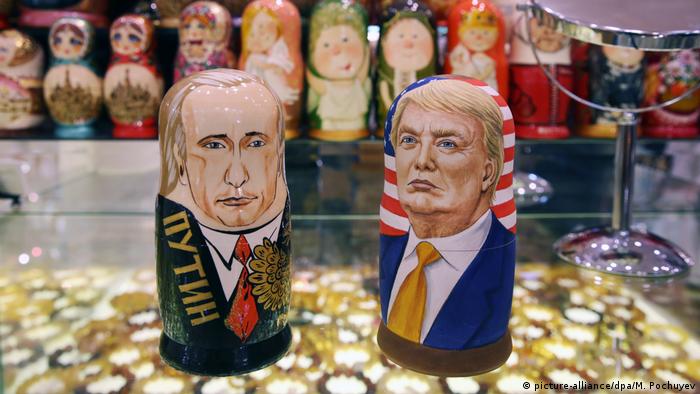 In a conversation with the US newspaper "The New York Times" on Friday, US President-elect Donald Trump said the investigation into Russian hacking with regard to the US presidential election was a "political witch hunt."

In reference to breaches of the Office of Personnel Management in 2014 and 2015, Trump said, "China, relatively recently, hacked 20 million government names. How come nobody even talks about that? This is a political witch hunt."

Trump was briefed on the matter by US intelligence Friday at Trump Tower. US intelligence believes Russia directly interfered in the run-up to the vote in November. Trump, an outspoken supporter of stronger ties with Russia, has repeatedly disagreed with US intelligence reports.

On January 5, he wrote on Twitter: "So how and why are they so sure about hacking if they never even requested an examination of the computer servers? What is going on?"

Following the meeting on Friday with top intelligence officials, which he called "constructive," Trump declined to single out Russia for interference with the presidential election.

"While Russia, China, other countries, outside groups and people are consistently trying to break through the cyber infrastructure of our governmental institutions, businesses and organizations including the Democrat National Committee, there was absolutely no effect on the outcome of the election," said Trump in a statement, adding that there was no tampering with voting machines.

Trump said he planned to appoint a team that will combat cyberattacks within 90 days of assuming office on January 20.

Trump was also challenged Friday on a key promise he made during his campaign: to make Mexico pay for a wall on the southern US border. Trump said the wall would be financed by the US and reimbursed by Mexico later. Though he had also previously suggested that option, having the US fund the construction was seen as a departure from his campaign pledge.

On Twitter, Trump took to blaming the media: "The dishonest media does not report that any money spent on building the Great Wall (for sake of speed) will be paid back by Mexico later."

Trump will also rely upon an existing law from previous US President George W. Bush that allows for extra fencing and technology along the border. This was confirmed by two congressional officials and a senior transition official to the Associated Press. The open-ended law was put in place in 2006 and never fully implemented.

Building the wall, which could cost billions of dollars, does not have the proper funding at the moment. Republicans may consider putting funding for the wall in a future spending bill, which must be enacted before the end of April to avoid a government shutdown, potentially forcing Democrats to filibuster or more in order to prevent the wall from being funded.

"Democrats may well find themselves in the position to shut down all of government to stop the buildout of a wall, or of a barrier, or of a fence," Indiana Republican Representative Luke Messer told CNN on Thursday.

Mexican President Enrique Pena Nieto declined to comment on the new plans to build the wall on the US-Mexico border, but he had earlier said Mexico would not pay for such a wall.

The American intelligence community has described Moscow as a "major threat" to critical infrastructure. But President-elect Donald Trump has cast doubt on their assessment ahead of a meeting with officials. (05.01.2017)