The American intelligence community has described Moscow as a "major threat" to critical infrastructure. But President-elect Donald Trump has cast doubt on their assessment ahead of a meeting with officials. 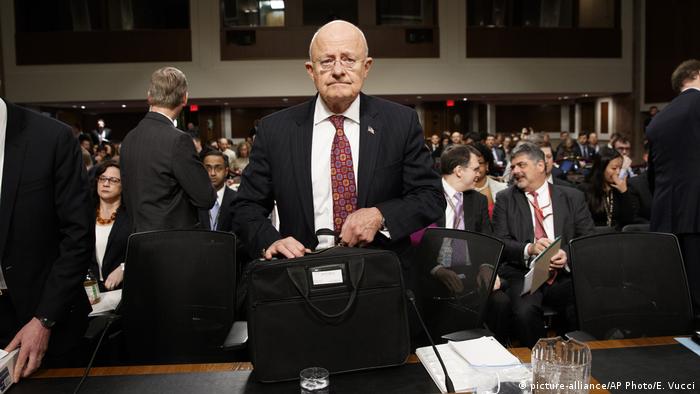 Trump and Putin: The overture

The United States and Russia have had diplomatic relations for 25 years. Though they are rather frosty at the moment, US President-elect Donald Trump wants to thaw them. But Russia could be double-dealing ahead of Trump's inauguration.

In a joint statement, senior officials of the American intelligence community on Thursday said that Russia's offensive cyber activities constituted a threat to the US and other Western nations.

"Russia is a full-scope cyber actor that poses a major threat to the US government, military, diplomatic, commercial and critical infrastructure and key resource networks because of its highly advanced offensive cyber program and sophisticated tactics, techniques and procedures," the statement said.

"We assess that only Russia's senior-most officials could have authorized the recent election-focused data thefts and disclosures, based on the scope and sensitivity of the targets," it added.

The US intelligence officials confirmed that a report on cybermeddling in the US presidential elections in November is scheduled for release next week.

The hearing comes amid allegations that Russian actors were behind politically motivated cyber activities that aimed at undermining trust in the US electoral system and supporting President-elect Donald Trump.

The incoming president has cast doubt on the intelligence community's assessment of Moscow's involvement in the hacks that led to thousands of emails from the Democratic National Committee (DNC) to be published by whistleblowing organization WikiLeaks.

"The dishonest media likes saying that I am in agreement with Julian Assange - wrong. I simply state what he states, it is for the people to make up their own minds as to the truth. The media lies to make it look like I am against 'intelligence' when in fact I am a big fan," he said in a two-tweet statement.

In December, the US State Department announced the expulsion of 35 Russian diplomats and closed two compounds used by Russian intelligence operatives for their alleged involvement in cyber activities targeting the presidential elections. Russian intelligence organizations were also targeted with sanctions.

Moscow said it would not retaliate over the Obama administration's decision, adding that it would wait until Trump assumed office. It said that Russia nonetheless reserves the right to retaliate. The Kremlin has consistently denied it hacked the US elections.