The US' chief hostage negotiator is Trump's pick to replace John Bolton as national security adviser. The lawyer Robert O'Brien has a history of foreign policy consultancy. 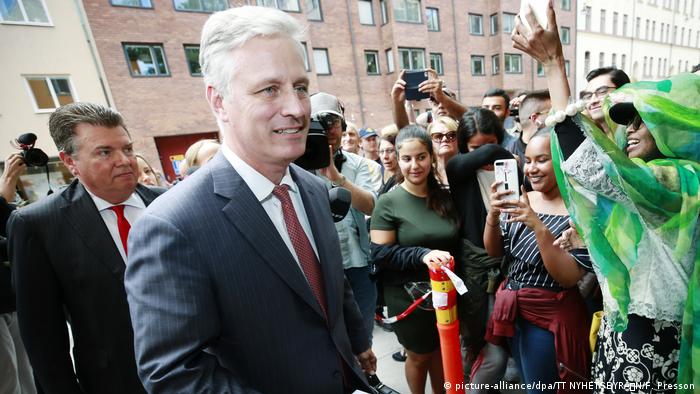 US President Donald Trump announced on Wednesday he had chosen Robert C. O'Brien to be the new national security director.

O'Brien would replace neo-conservative hawk John Bolton, who was fired earlier this month, with Trump citing disagreements over his handling of events in Venezuela and North Korea.

If confirmed, he will be the fourth person to hold the position in the Trump administration.

O’Brien is an attorney from Los Angeles who currently serves as the special presidential envoy for hostage affairs at the State Department. He previously worked as a foreign policy adviser for several Republican presidential campaigns and has worked in other roles for the US State Department.

Earlier in his career, O'Brien worked for a United Nations Security Council commission that decided claims against Iraq that arose from the Gulf War, and he was also a major in the US Army Reserve.

Iranian President Hassan Rouhani has urged US President Donald Trump to get rid of more hawkish officials to improve ties with his country, following the firing of Trump's national security adviser, John Bolton. (11.09.2019)

The US president said he "disagreed strongly with many of his suggestions." Bolton, a hawkish neoconservative best known for his "Axis of Evil" views, was a key figure in the US administrations of both Bushes and Reagan. (10.09.2019)