The dramatic reversal comes as a court hearing was getting underway on a lawsuit by two elite US universities challenging the rule. 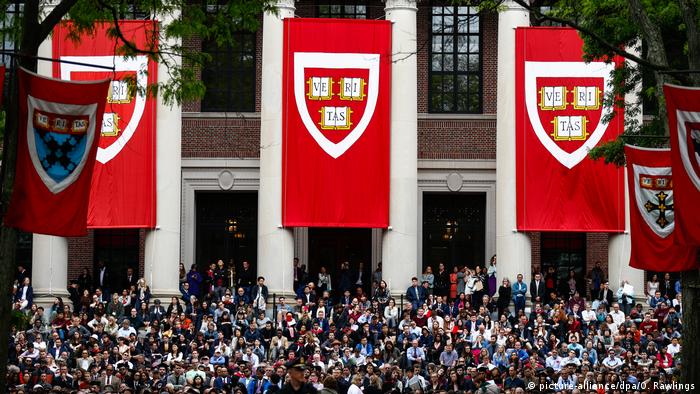 The Trump administration has dropped a proposed rule that would have required international students to leave the US if their college classes were held entirely online this fall, US Immigration and Customs Enforcement announced Tuesday.

The policy would have forbidden international students in the US from taking all of their courses online this autumn, and new visas would not have been issued to students taking all-online courses.

Students already in the US would have faced deportation if they didn't transfer schools or leave the country voluntarily.

Harvard University and the Massachusetts Institute of Technology (MIT) both challenged the Trump administration's decision, arguing the policy was created unlawfully and that it contradicted previous guidance from federal immigration officials.

US District Judge Allison Burroughs in Massachusetts said the US government as well as Harvard University and MIT had reached a settlement that would make the rule moot.

US immigration authorities had told colleges to notify the government no later than Wednesday if they planned to hold all classes online this fall.

The policy, which was issued last week, quickly drew a sharp backlash from US higher education institutions, with more than 200 signing court briefs in support of Harvard and MIT's legal challenge.

The colleges said the policy would have put students' safety at risk and hurt schools financially.

At least seven other lawsuits were filed by schools and states opposing the policy.

US immigration officials have argued that the policy was consistent with an existing law barring international students from taking classes entirely online.

"We're counting on your support," students wrote in an open letter to Angela Merkel's government. Under new pandemic rules, international students face expulsion from the US if their schools offer online-only classes. (12.07.2020)