Foreign students in US must leave if classes move online

The United States has announced that it will not allow international students to stay in the country if all their classes are moved online for the upcoming fall semester. 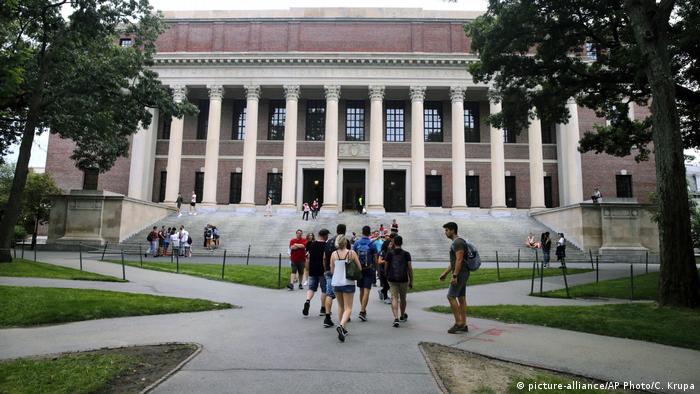 The United States will not allow foreign students to remain in the country for the fall semester if all of their classes move online, US Immigration and Customs Enforcement (ICE) agency said in a statement on Monday, as the US struggles to deal with the coronavirus pandemic.

According to the ICE, F-1 visas are issued to students pursuing academic coursework, while M-1 visas are for those pursuing "vocational coursework" while studying in the US.

International students who are currently in the US for courses that have been moved online for the coming semester will have to take steps if they wish to remain in the country. This may include transferring schools for a course with "in-person instruction," taking on a reduced course load, or applying for medical leave.

Failure to do so could result in deportation.

The restrictions are applicable for schools and courses that originally offered in-person classes but have moved to online instruction in the face of the coronavirus crisis. Foreign students can take only one class — three credit hours — online for these programs.

However, students enrolled in a hybrid program, which offers a mixture of both online and in-person classes, will be allowed to take more than one class online. In order to be eligible for this, the school needs to inform ICE's Student and Exchange Visitor Program (SEVP) that the course isn't entirely online.

No new visas will be issued to students attending programs that have been moved online for the coming semester. They will not be permitted into the country.

It is not immediately clear how many students will be affected by this directive.

"We just don't have the answers that we need," said Sudhanshu Kaushik, founder of the North American Association of Indian Students (NAAIS), a nonprofit that caters to Indian and Indian-American students in the US and Canada. "People aren't just panicking because of the directive but because of how unclear it is."

"The timing is especially problematic," Kaushik told DW. "Schools were meant to open in mid-August and if a decision on the method of instruction is not taken soon, it will have a huge impact on active and incoming students."

He also warned that pushing such a directive could directly impact the worsening health crisis, as it pushes many schools to conduct in-room classes during the pandemic.

The US is the hardest-hit country worldwide, with over 2.9 million infections and 130,000 deaths. Many states are still seeing record spikes in coronavirus cases, months after it was first reported in the US.

President Donald Trump's administration last month extended a ban on new green cards to many applicants outside the US.

The Trump administration has also refused to accept asylum seekers at its border with Mexico over the last few months, citing pandemic concerns.

Trump reacted by tweeting that the Supreme Court "doesn't like me?" But in the end, it was a conservative judge who tipped the balance. (19.06.2020)

The US is restricting visas for Chinese officials thought responsible for undermining Hong Kong's autonomy. A new security law pushed by Beijing has drawn criticism from democracy activists and foreign governments. (26.06.2020)

The new travel ban will restrict citizens of Nigeria, Eritrea, Sudan and Tanzania from obtaining certain visas. Those affected say the US is overstepping its bounds, while analysts are worried it will damage relations. (03.02.2020)