When the CEO of Goya Foods praised the US president last week, he provoked outrage among the Hispanic community, the company's main target consumer group. Now he faces a boycott of his products. 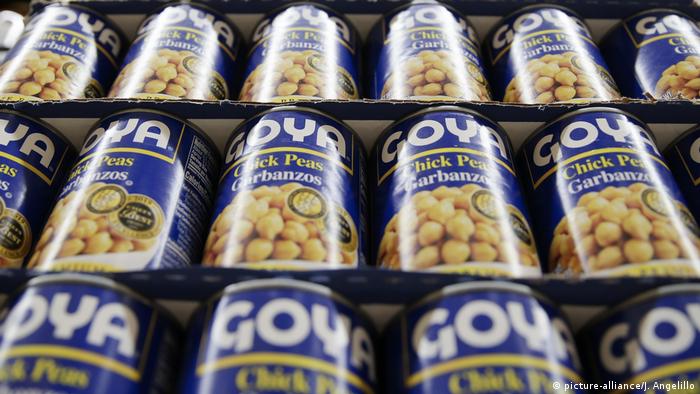 "If it's Goya, it has to be good!' Marinades, seasonings, desserts, olive oil: Goya makes all of these and more. Its 2,500 products are staples in many US households but particularly those of the Hispanic community.

But the largest Hispanic-owned business in the US is no longer "good" for many. Critics say that Goya CEO Robert Unanue made a major faux pas when he praised the president after being invited to the White House.

US President Donald Trump apparently discovered a sudden love for Latin America last week. With four months to the presidential election, he has understood that he might need the Hispanic vote to tip the scales in his favor, particularly in key states Arizona and Florida.

When he met with his Mexican counterpart, Andres Manuel Lopez Obrador, on July 8, Trump called the Mexican president "his friend" before signing a joint declaration. Obrador thanked Trump for his "kindness."

One day later Trump announced a Hispanic Prosperity Initiative to help improve access to work and education for Hispanics. Perhaps Unanue, who had been invited to the initiative's signing at the White House as one of several Hispanic business leaders who support Trump, wanted to outdo the Mexican president with his praise. 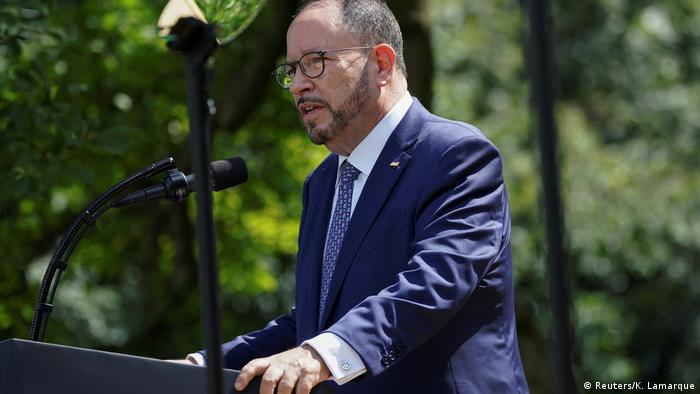 "We are all truly blessed at the same time to have a leader like President Trump, who is a builder," he said Thursday. "And that's what my grandfather did: He came to this country to build, to grow, to prosper."

Unanue's grandfather was a Spanish immigrant who, according to company legend, had just a dollar to his name when he founded Goya in 1936.

But Unanue's prayers were too much for many Hispanics in the US, who could not understand why he would praise a president who has depicted Mexicans as "criminals" and "rapists" and whose first election campaign was largely about building a wall to keep "them" out. Additionally, Trump has not balked at separating children from their parents, sometimes for weeks, after they crossed the US border illegally from Latin America. 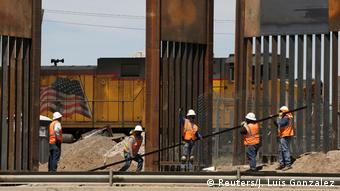 There were immediate calls for boycotts of Goya's products. Unanue's attempts to defend himself didn't help much.

"It's suppression of speech," he told conservative broadcaster Fox News. "I'm not apologizing for saying — and especially when you're called by the president of the United States — you're gonna say, 'No, I'm sorry I'm busy no thank you?' I didn't say that to the Obamas and I didn't say that to President Trump."

#BoycottGoya, #GoyaFoods and #Goyaway have gone viral and have also gained the backing of high-profile Democratic politicians, such as Alexandra Ocasio-Cortez and Julian Castro.

"Now their CEO, Bob Unanue, is praising a president who villainizes and maliciously attacks Latinos for political gain. Americans should think twice before buying their products. #Goyaway," wrote Castro.

United We Dream, the immigrant youth-led organization, went one step further and started a petition calling for a boycott:  "We don't support companies who endorse and comply with a white supremacist regime. Under capitalism, know the power of the dollar in their eyes. We're using it to make a statement."

The president's son Donald Trump Jr. fired back with a tweet: "The leftist mob wants to cancel one of the largest Hispanic-owned companies in America because they recognize that the president has shown great leadership? (Not very woke)."

Unanue has gone quiet after his original defense.

It all could have gone so differently. the Goya CEO could have passed on the gushing words for the president. He could simply have announced that his company had donated food for some 270,000 meals to food banks and organizations to help COVID-19 relief earlier this year, as well as 20,000 face masks, and that it planned to donate a million cans of chickpeas and half a million kilos of other Goya products to the poor.

This would have been "good" PR for Goya.

The new deal is set to replace the North American Free Trade Agreement, which US President Donald Trump claimed was unfair. It will come into force on July 1. (25.04.2020)